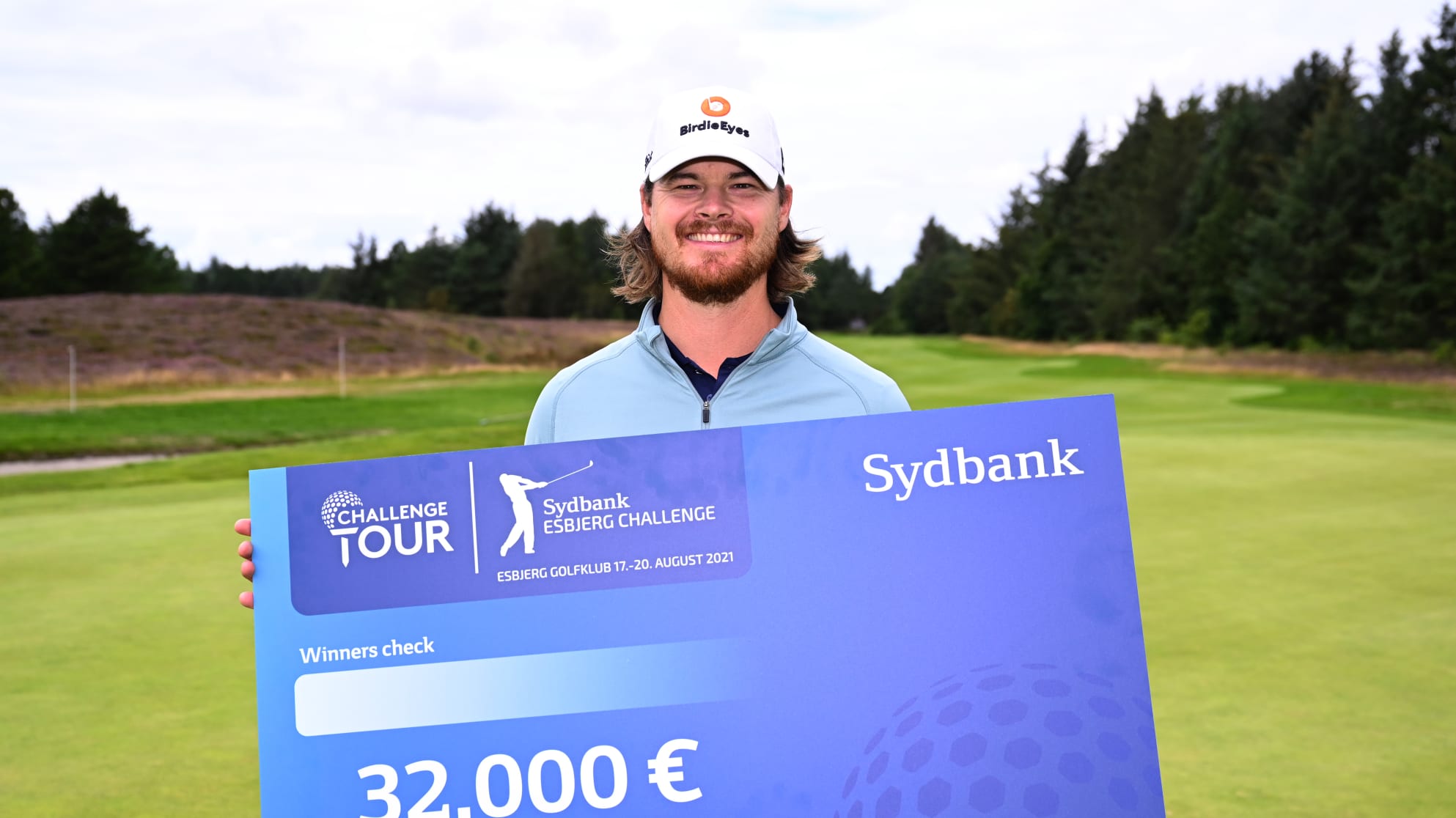 Former University of Denver golfer Espen Kofstad hadn’t won on the European Challenge Tour for five years, but apparently he hadn’t forgotten how.

After four previous top-six finishes on the Challenge Tour since May 1, Kofstad broke through for his fourth career CT victory on Friday by winning the Sydbank Esbjerg Challenge in Denmark.

The 34-year-old from Norway birdied the first hole of a sudden-death playoff to claim the title in a matchup with Scotland’s Ewen Ferguson. Kofstad went 68-70-68-67 for an 11-under-par 273 total in regulation.

“This one was better than the other (victories) I think,” he said. “It’s been a long time coming; it’s been five years and it’s been really, really hard, I’ve been injured so much, and I finally got my stuff together and started to perform again.

With the victory, Kofstad jumped to fourth in the Road to Mallorca season-long standings, which virtual assures him a European Tour card for next season. He earned 32,000 euros.

Competitors had to finish in the top 70 in FedExCup points after The Northern Trust in order to advance to the second playoff event, the BMW Championship. But Colorado residents Martin Laird and Tyler McCumber, and Denver native Wyndham Clark missed the cut at The Northern Trust in Jersey City, N.J. and ended up outside the top 70.

After missing the cut, Laird fell to No. 75 in the FedExCup standings, while Clark dropped to No. 87 and McCumber to No. 99.

Laird, the former Colorado State University golfer, won the Shriners Hospitals for Children Open early in the season — last October — but that turned out to be his only top-15 finish of the season. Clark recorded two top-10s this season, including placing a PGA Tour career-best second in the Bermuda Championship early last November, but he struggled late in the season, missing cuts in his final seven tournaments. And McCumber, who lives in Lyons, likewise had two top-10s, both coming last fall, including a second in the Corales Puntacana Resort & Club Championship. But he missed the cut in seven of his last eight tournaments of the season.

For all the scores from The Northern Trust, CLICK HERE.

For all the scores from the Boise Open, CLICK HERE.

It was Paul’s second top-10 showing in the last month on the Forme Tour, where many PGA Tour Canada players are competing in 2021.