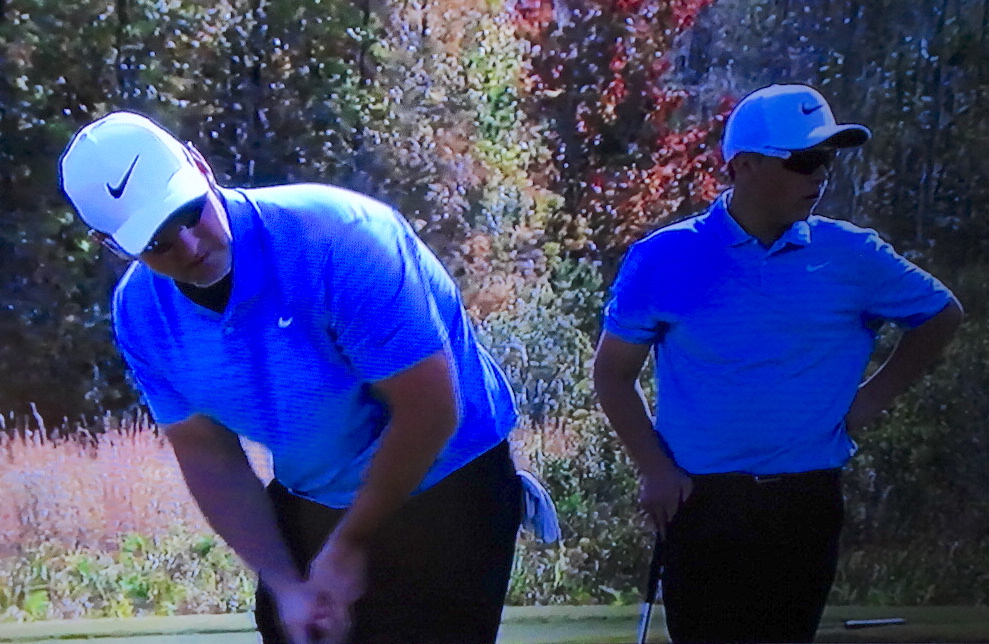 David Duval has definitely taken a shine to the PNC Father/Son Challenge.

The Cherry Hills Village resident has competed in the nationally-televised tournament with his son/stepsons six times since 2012, and Sunday marked his fourth top-four finish in that span.

This time, the former top-ranked player in the world paired with son Brady to place fourth in the 20-team field, three strokes out of a three-team playoff in Orlando, Fla. Bernhard and Jason Langer claimed the title with an eagle on the first hole of sudden death.

Three years after winning the title with stepson Nick Karavites, David Duval and Brady, a Cherry Creek High School golfer, went 60-63 for a 21-under-par 123 total in the scramble format. After managing just two birdies on the front nine, the Duvals (pictured above) chalked up seven birdies on the back side on Sunday.

In addition to winning in 2016, David Duval and Karavites finished fourth in 2012 and second in 2017. This is the second year Duval has teamed with Brady. They placed 14th last year.

Meanwhile, 2003 champions Hale and Steve Irwin, both former University of Colorado golfers, finished eighth on Sunday, marking their best showing in the event since an eighth-place performance in 2014. The Irwins were playing in the tournament for the first time since 2016.

The Irwins closed with a round of 11-under-par 61 on Sunday, which matches their final-day total from their last appearance, in 2016. Only three teams recorded better scores on Sunday. Over their last 20 holes of this weekend’s tournament, the Irwins went 13 under par. On Sunday, they birdied five of their last six holes, though they made a rare bogey on No. 16. For the day, they carded a dozen birdies.

For all the scores from the Father/Son, CLICK HERE.

The former Air Force Academy golfer finished 32nd on Sunday in the season-ending Shell Championship in Doral, Fla. But he wasn’t going to catch Augusto Nunez in any case in the race for the No. 1 spot on the Order or Merit and the fully-exempt status on the Korn Ferry Tour that goes with it.

Nunez, who came into the week more than $31,000 ahead of Whitney, won the Shell Championship for his second victory of the season.

With his second-place showing on the money list — with $86,860 — Whitney figures to receive a fair number of Korn Ferry Tour starts in 2020. It was announced last month that the top five finishers on the Latinoamerica Order of Merit will receive increased Korn Ferry Tour playing opportunities in 2020.

Whitney posted one victory and six top-10 finishes on the Latinoamerica Tour in 2019. Over the course of 2017 and ’18 combined, he competed in 26 Korn Ferry events, recording one top-10.