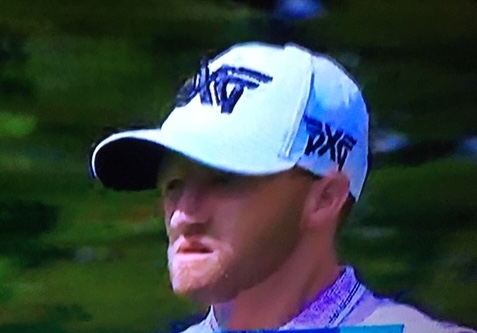 Wyndham Clark apparently needed to go halfway around the world in order to get his PGA Tour season going in the right direction.

The Denver native and Valor Christian graduate had missed the cut in each of his first three events of the 2019-20 wraparound season. But on Sunday on Jeju Island in South Korea, he ended that slump in a big way.

Clark finished tied for eighth at the CJ Cup at Nine Bridges, marking his fourth top-10 showing in 39 starts on the PGA Tour.

The 25-year-old, who won both the 2010 CGA Amateur and the 2017 Pac-12 individual title at Boulder Country Club, went 71-67-67-71 for a 12-under-par 276 total in Korea and ended up eight strokes behind champion Justin Thomas. Clark, who was paired with Justin Spieth and Byeong Hun An in the final round, made two birdies and one bogey on Sunday.

The eighth-place showing on Sunday was worth $273,000 to the former Coloradan (pictured).

Clark’s best career finish to date on the PGA Tour has been a fifth place in July at the 3M Open.

Elsewhere on major professional tours around the world this weekend:

— Former University of Colorado golfer Sebastian Heisele continued his strong play in recent months on the European Challenge Tour by tying for third on Sunday on the Hainan Open on Hainan Island in China.

Heisele, who made a hole-in-one on the third hole on Sunday, carded scores of 70-70-68-68 for a 12-under-par 276 total, which left his two strokes behind winner Francesco Laporta of Italy. The finish earned Heisele 20,492 euros.

Since the beginning of September, Heisele has notched a win, a second place and now a third on the Challenge Tour.

— Jennifer Kupcho of Westminster recorded her best showing on the LPGA Tour since July as she tied for 27th place on Sunday in the Buick LPGA Shanghai in China.

After top two-five finishes in July, including a second place at the LPGA major at the Evian Championship, Kupcho missed the cut in five of her next six events before her top-30 showing in China.