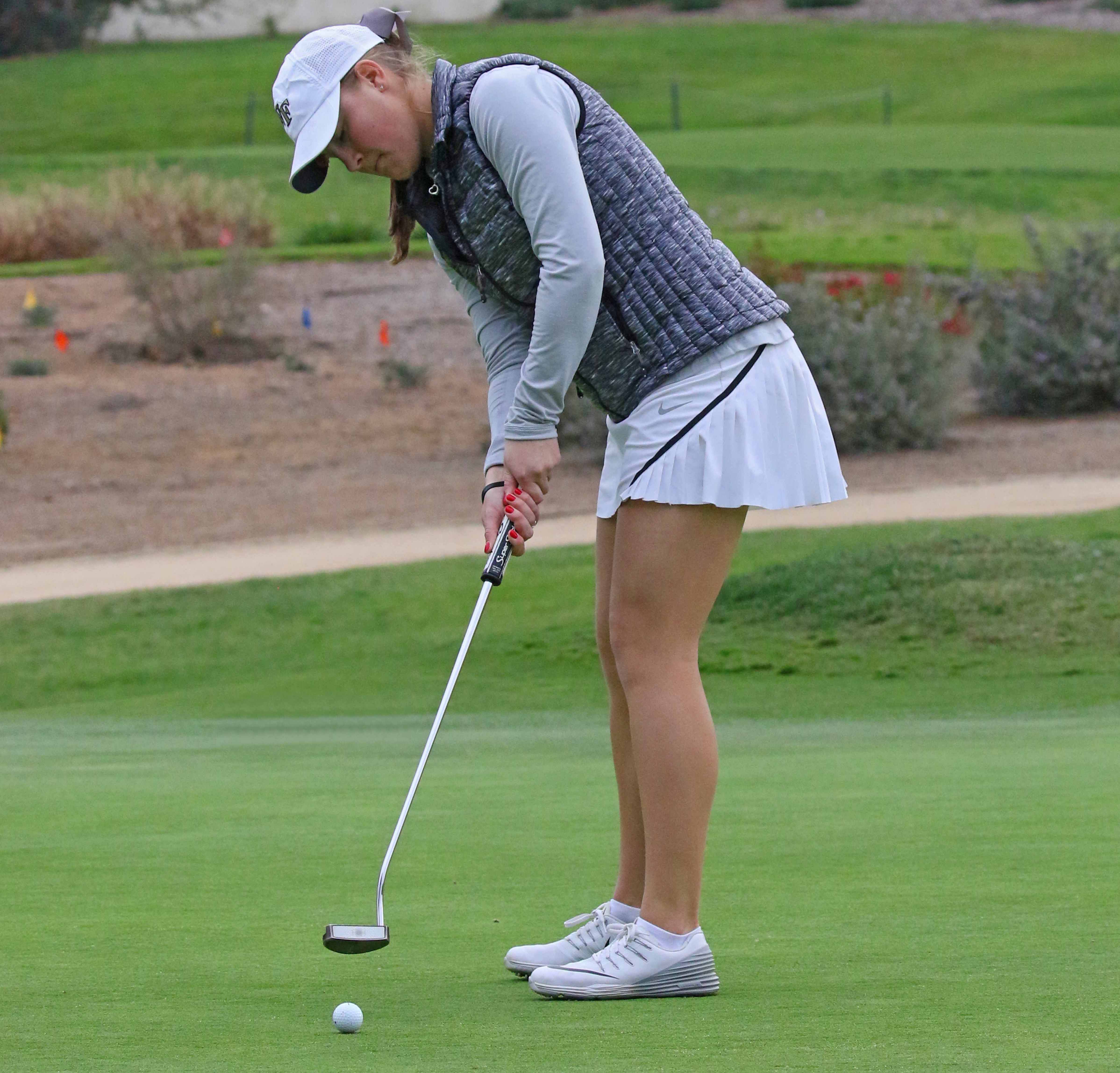 Jennifer Kupcho most likely has two opportunities remaining to record the 10th individual victory of her college career, which is rarefied air at the NCAA Division I level.

The Westminster resident, sitting at nine wins after picking up two in March, moved up to fifth place in Tuesday’s second round of NCAA Regionals in Norman, Okla.

The defending NCAA individual champion from Wake Forest shot a bogey-free 3-under-par 69 to leave her at 4-under 140 going into Wednesday’s final round. Kupcho, who has won NCAA Regional tournaments as both a sophomore and a junior, made an eagle, a birdie and 15 pars on Tuesday and trails leader Olivia Mehaffey of Arizona State by five. (Kupcho is pictured in a photo by Ken Assmus.)

Kupcho’s Wake Forest squad sits in fourth place in the team standings at 1-under-par 575. The top six team finishers and the top three individuals not on those teams will qualify for the NCAA Championship Finals, which will be held May 17-22 in Fayetteville, Ark. Wake Forest sits six strokes ahead of the two teams tied for sixth place.

— University of Colorado junior Kirsty Hodgkins, competing solely as an individual at the NCAA Regional in East Lansing, Mich., moved up on the leaderboard at that site.

The Australian made four birdies and three bogeys in a round of 1-under-par 71 to jump into a tie for sixth place individually. She sits at 1-under 143 and trails leader Patty Tavatanakit of UCLA by six strokes.

If Hodgkins can finish among the top three individuals not affiliated with the top six team finishers, she’ll earn a spot in the NCAA Championship Finals.

— The University of Denver, the Summit League champions, dropped into 14th place in the 18-team regional in Opelika, Ala.

DU stands at 32-over-par 608, 31 strokes behind leader Duke and 19 shots behind the two teams tied for sixth place.

Freshman Trussy Li continues to lead the way individually for the Pioneers as she shares 38th place at 5-over-par 149. Junior Mary Weinstein of Highlands Ranch is next best at 151.