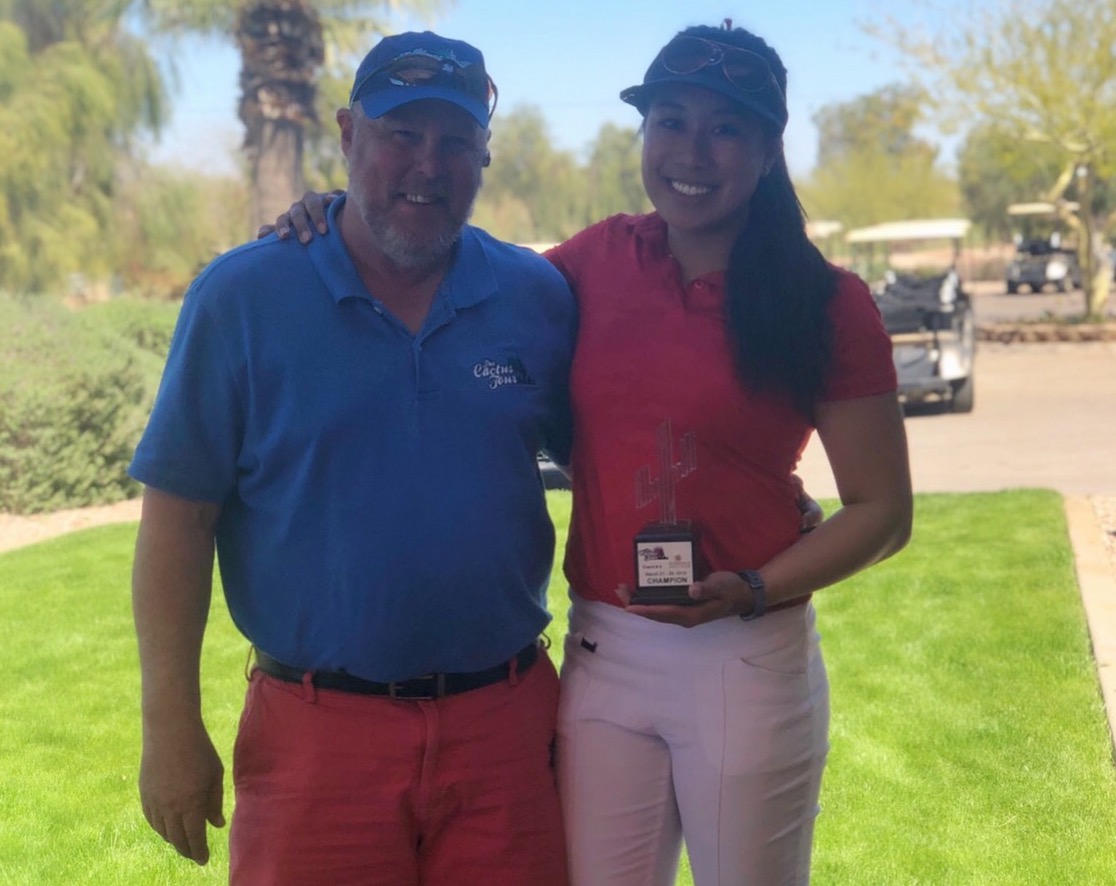 Brittany Fan seems to have this very enjoyable routine down pat.

And three times, Fan has emerged with a title.

On Friday, she made completed the trifecta by prevailing in a 24-person Cactus event in Buckeye, Ariz.

Fan (pictured on Friday) birdied the last two holes of regulartion and posted rounds of 74-71-70 for a 1-under-par 215 total. Then in the playoff, she hit the green in two on the par-5 10th hole with a 7-iron, and two-putted from 15 feet for birdie and the victory as Fernanda Lira Solis made par.

Fan’s earlier wins on the Cactus Tour came in July and on March 7.

Elsewhere in mini-tour and Q-school action this week:

— A week after notching his second victory of 2019 on the mini tours, Zahkai Brown of Golden found himself near the top of the leaderboard again.

Workman landed that conditional card by placing between 15th and 40th at a 72-hole Q-school tournament in Santee Calif. It was the third of six PGA Tour Canada Q-school events scheduled this year. Earlier, 2018 CGA Amateur champion Kyler Dunkle earned a spot on the circuit for after he concludes his college career at the University of Utah.

The 2019 PGA Tour Canada season begins on May 23 in Vancouver.