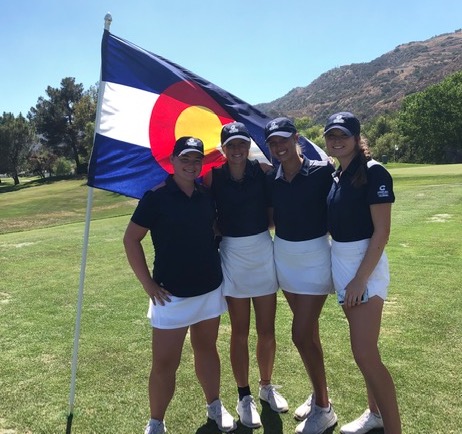 Third-place individual showing by Hillary one of best ever by Coloradan in Girls Junior Americas Cup; Colorado places 7th as team; Stewart in 69th place in Boys Junior PGA

Charlotte Hillary made a run at history this week at the Girls Junior Americas Cup in Murrieta, Calif.

The golfer from Cherry Hills Village was trying to become just the second Coloradan to win the individual title at the event which features some of the top female junior players from the western U.S., Canada and Mexico.

Hillary, who will play her college golf at Northwestern starting in 2020 after completing her senior year at Kent Denver, had a birdie putt to tie the leaders on her final hole of regulation on Thursday (No. 9). Alas, she three-putted for bogey to finish two behind and in third place out of the field of 72 players.

Nevertheless, that was the best individual showing by a Coloradan at the Girls Junior Americas Cup in at least a decade, before which records are sketchy. The last top-five performance by a Colorado resident was a fifth place by Calli Ringsby in 2013.

With Hillary setting the pace, the Coloradans finished seventh in the 18-team competition, marking their third straight top-seven showing in the GJAC.

The team representing the Junior Golf Alliance of Colorado posted its best score of the week, a 6-over-par 222, in Thursday’s final round to check in at 28-over-par 676. The Coloradans finished 22 strokes behind co-champions Hawaii and Washington.

Hillary, who placed 29th in the national Girls Junior PGA Championship last month, shot an even-par 72 on Thursday to finish at 5-under-par 211. Only co-champions Cassie Kim of Washington and Lana Calibuso-Kwee of Hawaii were better, with 209 totals.

Hillary, a two time JGAC Tour Championship winner, made five birdies, three bogeys and a double bogey on Thursday. But the par-5s proved problematic during the final round as she played them in 4 over par, eight strokes higher than on Wednesday.

As for the other Coloradans:

Lauren Lehigh of Loveland finished 31st individually at 231. Hailey Schalk of Erie was 38th at 235. And Aubri Braecklein of Northglenn was 49th at 239. (The Coloradans are pictured at top, from left: Braecklein, Lehigh, Schalk and Hillary.)

Braecklein had one of the highlights of Thursday’s round as she made the third hole-in-one of her young lifetime on the 16th at Bear Creek Golf Club, using a 7-iron from 135 yards.