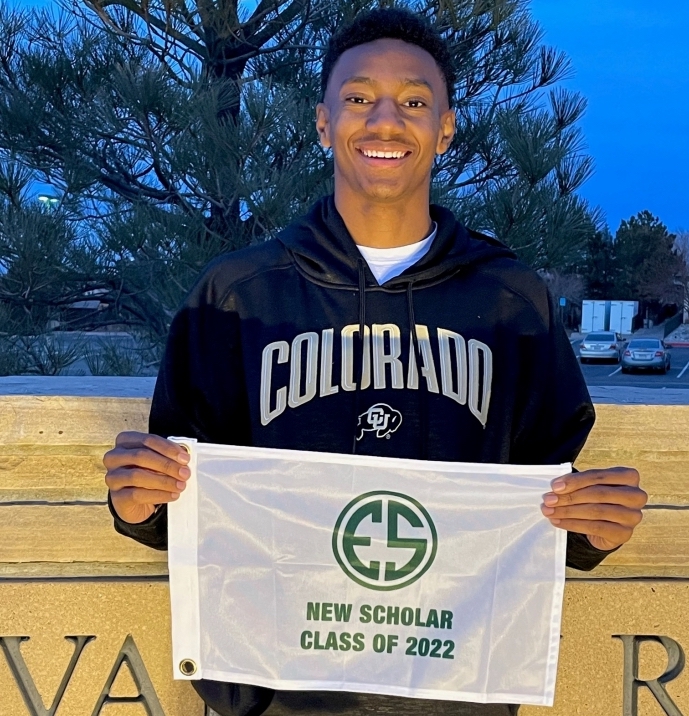 Cherry Hills Country Club and Roaring Fork Club, along with the Solich Caddie & Leadership Academy, have proven to be go-to sites for producing Colorado Evans Scholars, particularly in the last several years.

When the Illinois-based Western Golf Association, which administers the Evans Scholarship nationwide, announced on Thursday the Colorado caddies who will receive the full-tuition and housing scholarship in 2022, three each who looped at Cherry Hills, Roaring Fork and the SCLA were among the 11 teenagers who experienced the life-altering moment.

And for the last four years combined, that makes 15 caddies from Cherry Hills, 17 from the Solich Caddie & Leadership Academy and eight from Roaring Fork Club in Basalt who have landed an Evans Scholarship. (It should be noted that many of the Cherry Hills teenagers who received the scholarship started their caddie career at the SCLA, so they count for both.) Cherry Hills and Roaring Fork Club, by the way, are two of the top fundraising clubs nationwide for the Evans Scholarship.

All told, the just-selected group of Evans Scholars from Colorado is nothing if not a diverse group.

Geographically, there are four caddies from western Colorado, one from the southern part of the state and six from the northern half of the Centennial State — specifically, the Denver metro area.

There are three females and eight males.

There are seven who caddied at private clubs, two at a mixture of public and private facilities, one at a resort and one at a public course.

The Solich Academy promotes the use of caddies by paying their base fees through an educational grant, with participating golfers having the option of adding a tip. The Academy also features a robust leadership element, with each participating youngster not only caddying but required to attend leadership classes and do community-service work each summer. The SCLA  was launched at CommonGround Golf Course in Aurora and expanded to Meridian Golf Club in Englewood and to Grand Junction and Montrose. Typically, Denver-based Solich caddies spend a couple of years at CommonGround or Meridian before moving on to loop at some of the longest-standing caddie programs in the area.

Wherever they caddied, all 11 of the teenagers selected this year now have at least one thing in common. They’ve all just received the full-tuition and housing Evans Scholarship, which is worth an estimated $120,000, on average, if renewed for four years — though the amount can vary significantly depending on the individual case. And all are expected to be living together at the Evans Scholars house at the University of Colorado in Boulder, starting late this summer.

“I’ve been motivated (by the possibility of receiving the Evans Scholarship) since the first year I was caddying,” noted one of the recipients from Roaring Fork Club, Samuel Sherry, during the Colorado E.S. Selection Committee meeting, held on Jan. 18 via Zoom for the second straight year.

An unusually large number of the new Evans Scholar class come from the western half of the state, with three from Roaring Fork Club and one from the Country Club of the Rockies in Edwards. And matching Roaring Fork for most recipients this year was Cherry Hills Country Club, which has produced more than 50 CU Evans Scholars all time.

About 100 people made up the selection committee this year, including alums of the program, CGA leadership, PGA professionals and WGA directors, among others. Nationwide, 860 applications were received this school year, with 315 caddies being chosen for the scholarship.

The incoming CU Evans Scholar class has averaged a 3.81 GPA in high school, along with 141 caddie loops. Sherry led the way in loops, with 250 over the last six years. Four recipients own a perfect 4.0 GPA in high school — Jonathan Brown of Colorado Springs, Nevina Montoya-Olivas of Westminster, Clay Copenhaver of Vail and Zachary Small of Aspen.

Included in the group are a national-level snowboarder (Copenhaver) and chess player (Jonathan Brown of Colorado Springs) and an athlete who has been a captain of his team in three high school sports (Small, in football, hockey and lacrosse).

“These young men and women are part of an exceptional incoming class of new Scholars from around the nation,” WGA chairman Joe Desch said in a release. “They represent what the Evans Scholars program has been about since 1930.”

Here are the 11 new Evans Scholars from Colorado:

The 11 recipients were selected out of 25 applicants in Colorado.

A record 1,070 Evans Scholars are currently in school nationwide, enrolled at 21 universities. The scholarship has produced 11,556 alums since being founded in 1930 by Charles “Chick” Evans, an amateur who won a U.S. Open and two U.S. Amateurs. A total of 521 Evans Scholars have graduated from CU since the 1960s.

Over the last 92 years, the Evans Scholarship has provided more than $435 million worth of tuition and housing aid to caddies. The annual costs for the program run about $27 million.

Evans Scholars typically excel academically, with a cumulative college GPA of 3.4, and a 95 percent graduation rate.