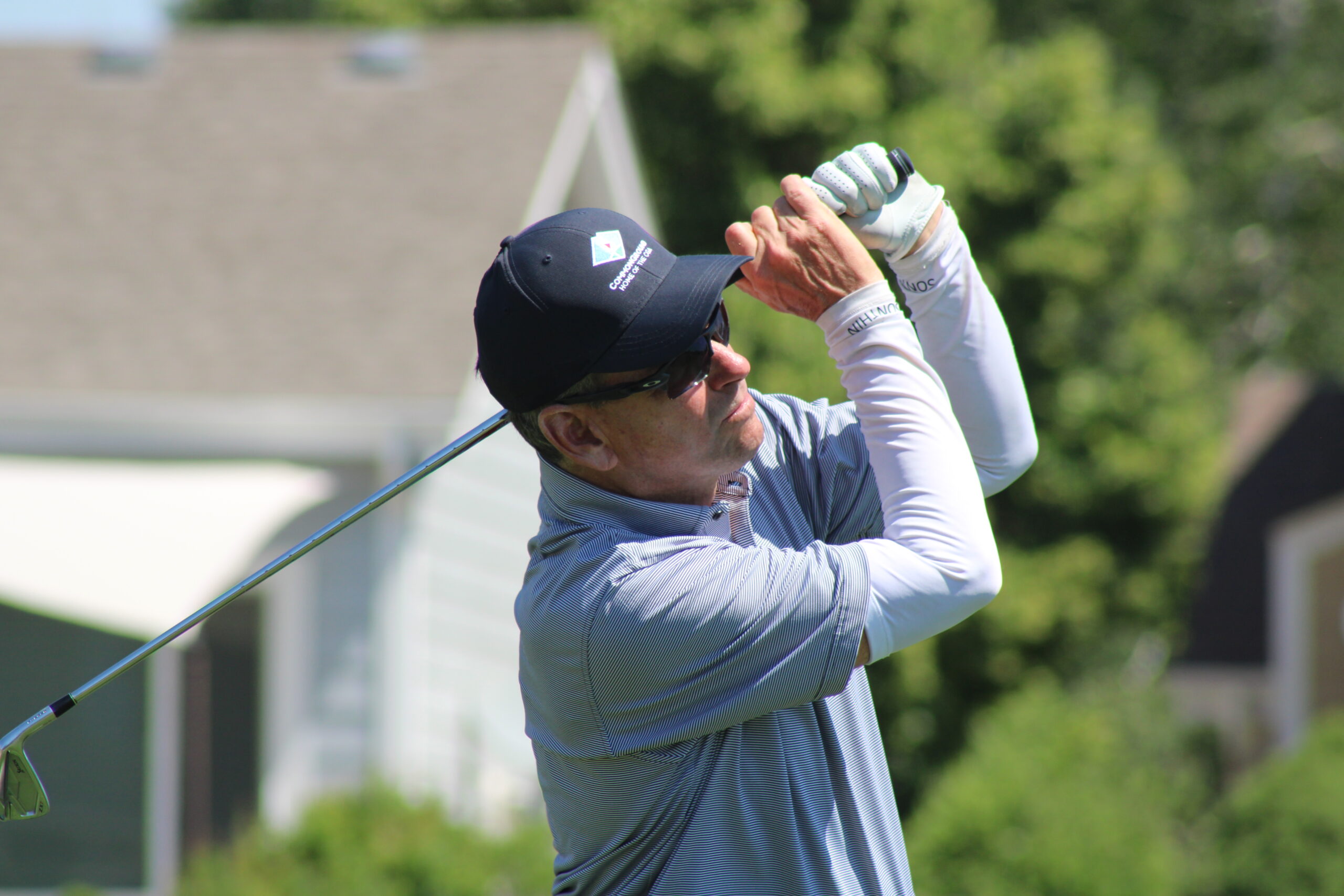 Kent Moore got his first match under his belt in his title defense of the CGA Super-Senior Match Play Championship at The Broadlands Golf Course in Broomfield.  Moore, who had a first-round bye, defeated Lonnie Miller of Grand Junction 7 and 6 to set up the decisive match with John Sostman in the final round of Pod Play.

Sean Forey of Rolling Hills Country Club, the 2019 Super-Senior Match Play champion, defeated Denny Fields of Walnut Creek Golf Preserve 3 and 2.  Forey will face Gary Albrecht of CommonGround Golf Course in the deciding match for the fourth pod.  Albrecht, a relative newcomer to the Super division won his first two matches by margins of 5 and 3 and 3 and 2 respectively to earn a spot in the winner-take-all match with Forey.

The only other past champion in the field, Harry Johnson of Vail, tied his match against Arrowhead Golf Club’s Lee Hansen.  Johnson will face Robin Bradbury of TPC Colorado with the winner advancing to the quarter-finals.

The field of 28 players will be narrowed to the quarter-finals following three rounds of Pod Play.  The quarter-finals will be played on Wednesday afternoon with the semi-finals and championship final slated for Thursday.