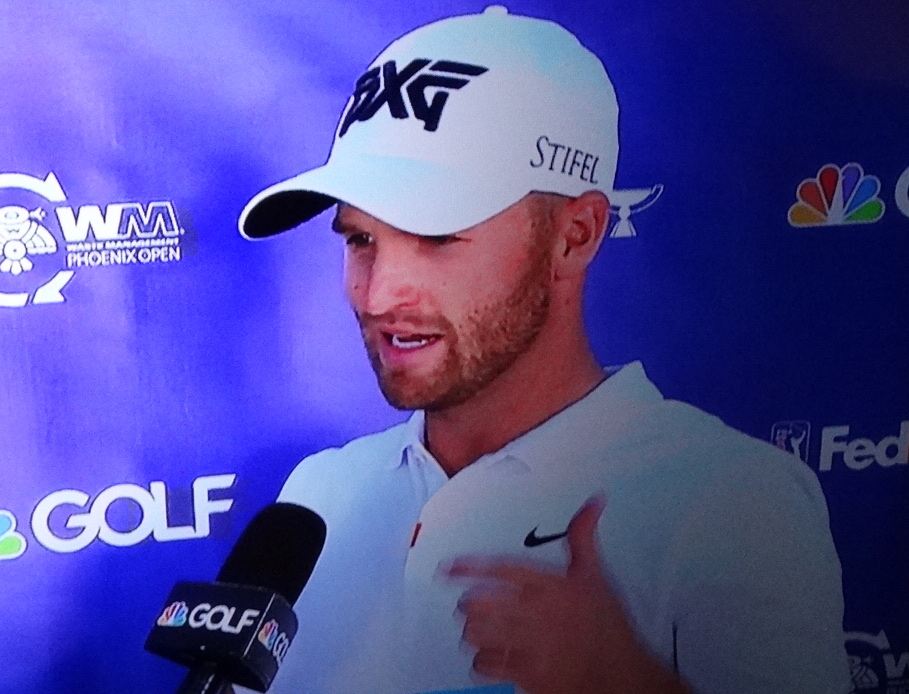 Denver native Wyndham Clark chats on the Golf Channel after Friday's round.

In his 2 1/2 years as a professional golfer, Wyndham Clark has done about everything but take home the trophy from one of the world’s top tours.

In 43 events on the PGA Tour, the Denver native held a 54-hole lead (2019 Honda Classic) and posted four top-10 finishes. And in 26 Korn Ferry tournaments, he recorded second- and third-place showings and four top-fives overall.

And now the 2010 CGA Amateur champion has put himself in position to potentially notch his first tour victory.

The 26-year-old Valor Christian graduate, who led the Waste Management Phoenix Open after firing a personal PGA Tour-best 61 on Thursday, birdied his last two holes on Friday and sits in second place at the halfway point in Scottsdale.

Clark, a two-time Colorado state high school individual champion, shot a 2-under-par 69, leaving him at 12-under 130 and one behind leader J.B. Holmes, who bogeyed his final hole for a second-round 65. Clark drained birdie putts of about 7 and 13 feet on the last two holes, respectively, to take the lead before Holmes overtook him late in the afternoon.

“Your expectations are really high” after shooting a 61, Clark said on Golf Channel on Friday. “Early I missed a couple putts and I was getting a little frustrated. Yesterday was a special day — it’s pretty hard to follow that up — but I knew I could make some putts (down the stretch on Friday) and could still have a good round.”

Through two days, Clark, now an Arizona resident, has racked up 14 birdies and two bogeys.

Clark, coming off three consecutive missed cuts on the PGA Tour, was paired with fellow Colorado born and bred player Mark Hubbard each of the first two days in Scottsdale. And Hubbard fared well also as he shares 25th place at 5-under 137 (69-68) going into the weekend. Hubbard played his final seven holes in 3 under par on Friday.

Clark and Hubbard are attempting to become the fourth Phoenix Open champion in the last quarter century who grew up in Colorado, joining Steve Jones (1997), Jonathan Kaye (2004) and Kevin Stadler (2014).