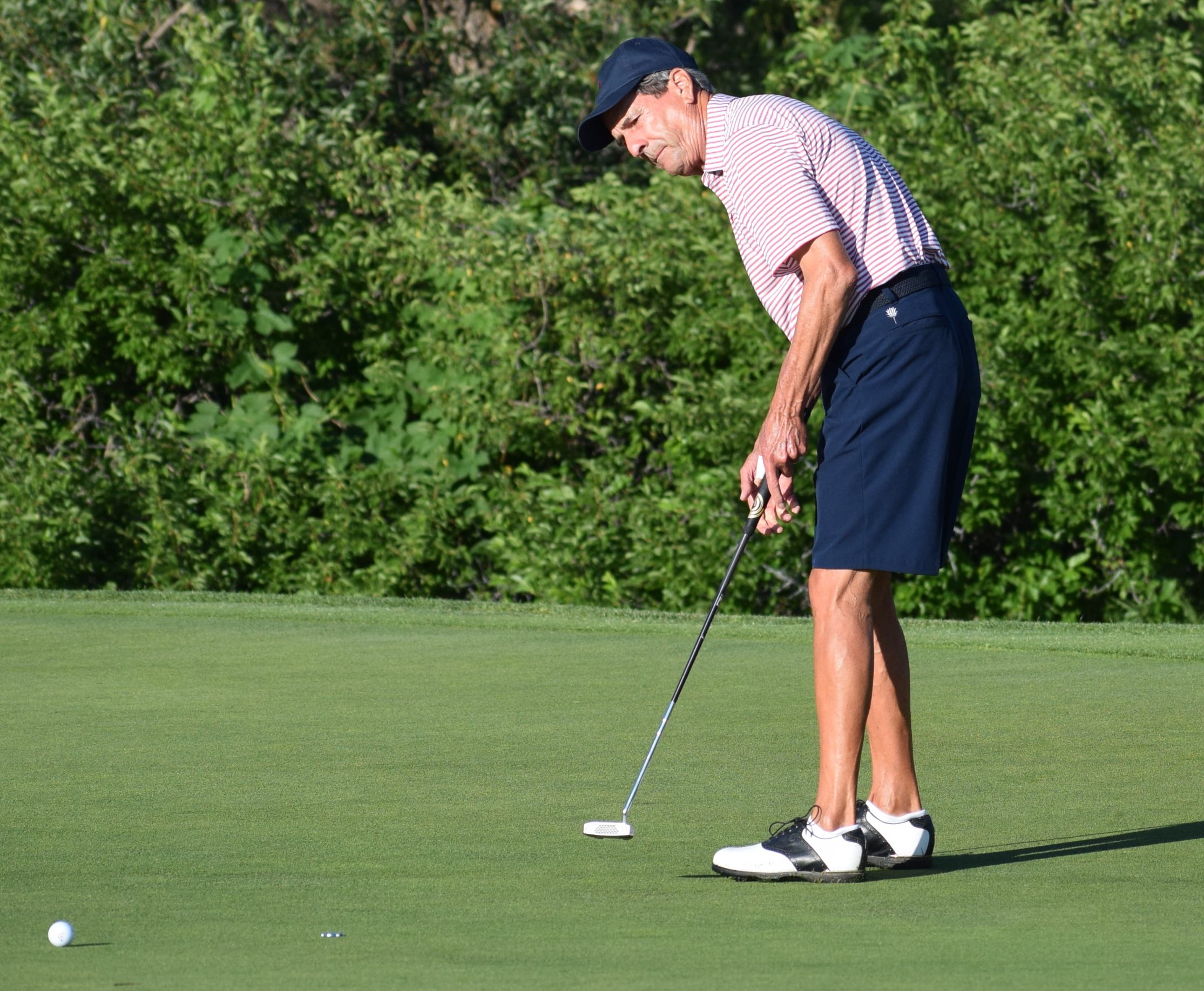 Robert Polk opened with a 69 on Tuesday at Cornerstone.

Out of the 76 golfers who teed it up for Tuesday’s opening round of the 50th CGA Senior Amateur at Cornerstone Club south of Montrose, one emerged in red figures.

Perhaps not coincidentally, it’s the same person who won the last CGA Senior Amateur held at Cornerstone — Robert Polk of Colorado Golf Club, who prevailed there in 2009.

Polk, seeking to sweep the major CGA senior titles this year like he did in ’09, shot a 3-under-par 69 on Tuesday to stake himself to a three-stroke lead through the first round of the 54-hole event.

The four-time CGA Senior Am champ, who won the Senior Match Play earlier this year, carded four birdies and one bogey on Tuesday.

Forey recorded four birdies and four bogeys, while Nelson made three birdies, a bogey and a double bogey.

Tied for fourth place, at 74, are 2012 Senior Amateur champion David Delich of The Broadmoor and Cornerstone member Tom Musselman, winner of the 2014 CGA Senior Match Play.

Steve Ivan of Patty Jewett Golf Course, the defending champion, opened with a 77.

In all, only about one-quarter of the field broke 80 on Tuesday.

The CGA Senior Amateur is limited to golfers 55 and older. The field will be cut to the low 40 players and ties after Wednesday’s second round.

For all the scores from the Senior Am, CLICK HERE.