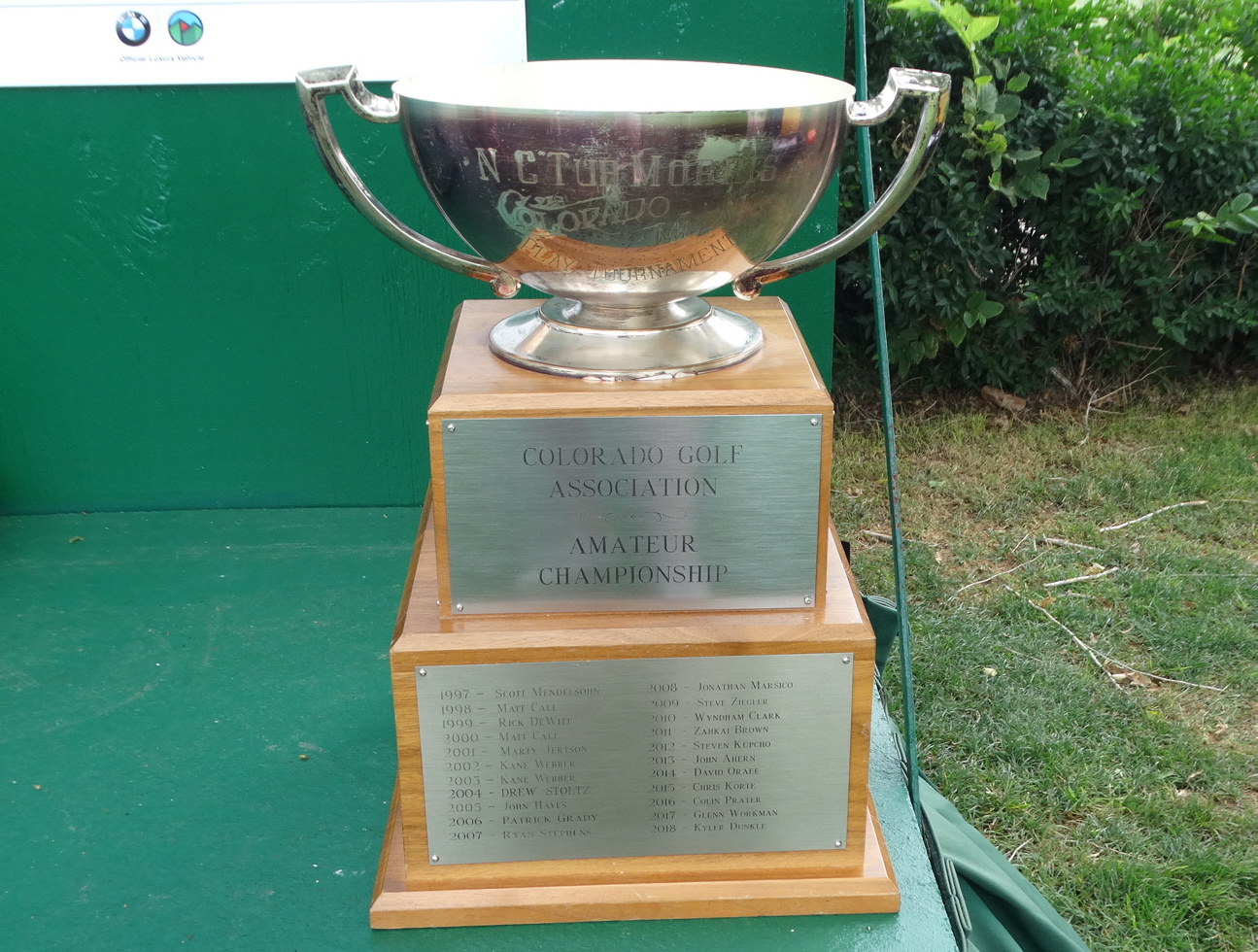 Forty-six years ago — roughly 21 years before Colin Prater was born — marked the last time a golfer pulled off a Colorado amateur trifecta, winning the CGA Amateur and CGA Match Play in the same year, along with being the low amateur in the Colorado Open.

In fact, Gary Longfellow of Lakewood not only did all that in 1974, but he went a step further, winning the Colorado Open outright, and to this date he’s one of just two amateurs to have won that title, along with Brian Guetz in 1994.

We bring all this up because Prater has the opportunity this week to become the first golfer since Longfellow to win both CGA major championships and Colorado Open low-amateur honors in the same year.

Prater, a 25-year-old Colorado Springs resident who plays out of Cherokee Ridge Golf Course, has already taken two of the three steps on the journey, having won the CGA Match Play last month at Blackstone Country Club and earning low-am honors at the CoBank Colorado Open at Green Valley Ranch Golf Club on Sunday.

Which brings us to the CGA Amateur, a championship which dates back to the 1930s and that this week will be contested at CommonGround Golf Course, the CGA-owned and operated facility in Aurora. The 72-hole tournament runs Thursday through Sunday, with a cut after 36 holes to the low 40 players and ties.

It will be the third time in the 12 summers CommonGround has been open that it will be the host site for the CGA Amateur after having done so in 2011 and ’15. It has also hosted the CGA Match Play in 2010 and ’15.

Prater, a teacher at Doherty High School, will be attempting to win the CGA Amateur for the second time in five years, having prevailed in 2016 at Boulder Country Club.

He will be trying to become just the second person since 1985 to sweep the titles in the CGA Match Play and CGA Amateur in the same year. The last one to complete that single-season sweep was Steve Ziegler in 2009.

But, of course, the 84 players in the field this week include many formidable contestants. Among them are defending champion Davis Bryant of Green Valley Ranch Golf Club, the Colorado State University golfer who won as a 19-year-old at Lakewood Country Club in 2019. (Bryant, Prater and Colorado Golf Hall of Famer Kent Moore, who claimed the title in 1986, are the former CGA Amateur champions in the field.)

For the nearly-finalized Thursday tee times at CommonGround, CLICK HERE.