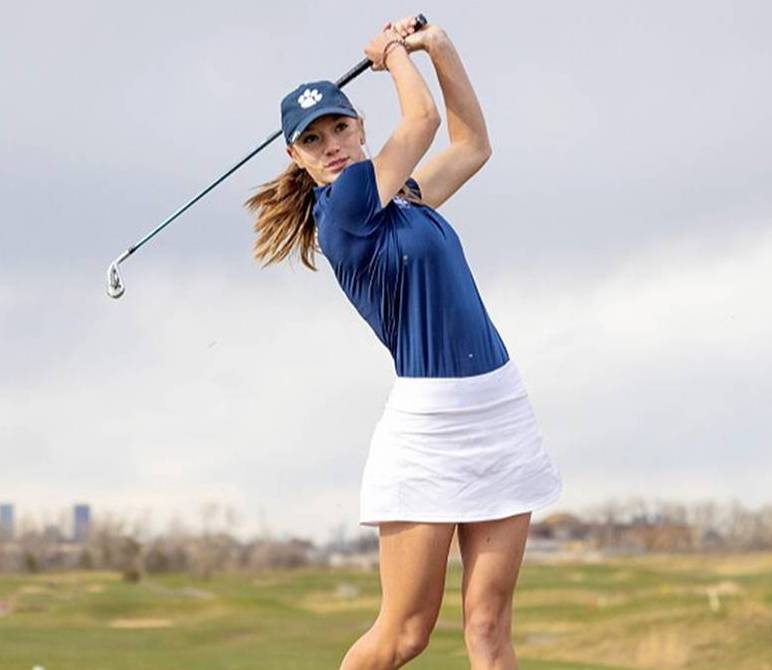 For the first time since 2015, a winner of the USGA-AJGA Presidents’ Leadership Award is a Colorado resident.

This year the female named to receive the honor — given annually by the United States Golf Association and the American Junior Golf Association — was Madeline Bante of Englewood, a student at St. Mary’s Academy.

The Presdents’ Leadership Award goes to “one male and one female junior golfer who demonstrate leadership, character and community service through their involvement with the Leadership Links program, a joint initiative founded by the USGA and AJGA in 2005 to further develop junior golfers through volunteerism.”

Bante’s male counterpart in earning the 2022 honor was Matthew Lin of Orinda, Calif.

The only Coloradan to receive the USGA-AJGA Presidents’ Leadership Award — first awarded in 2008 — prior to Friday’s announcement was Nick Leibold of Littleton in 2015.

Bante, a member of the Hale Irwin Player Program at CommonGround Golf Course, is no stranger to those who follow high-level competitive golf in the state. On June 1, she won the Class 3A state high school individual title and led St. Mary’s Academy to its second straight team championship. Bante finished runner-up in 3A last year as a freshman.

But the USGA-AJGA award honors something well beyond golf prowess.

“Golf is about much more than winning tournaments,” USGA president Stu Francis said. “It’s about succeeding in life, living the values you learn on the course and being an active member of the community. Matthew and Madeline are two exceptional leaders who are an inspiration to us at the USGA, to their generation and everyone in the game. We can’t wait to see their careers unfold. ”

“As a balanced student, golfer and friend, I am able to make time for those that matter to me,” Bante said in a release. “Volunteerism is extremely important for the future of golf because the game is not possible without it.”

Outside of golf, Bante helps out at the National Charity League and the Food Bank of The Rockies.

“The future of golf is in great hands with the likes of Matthew Lin and Madeline Bante,” said Beth Dockter, the AJGA’s director of youth development. “Through their service to help others in their community, dedication to strong moral character and leadership among their peers, they are making a big impact in the lives of those around them as they exemplify the essence of the USGA-AJGA Presidents’ Leadership Award.”