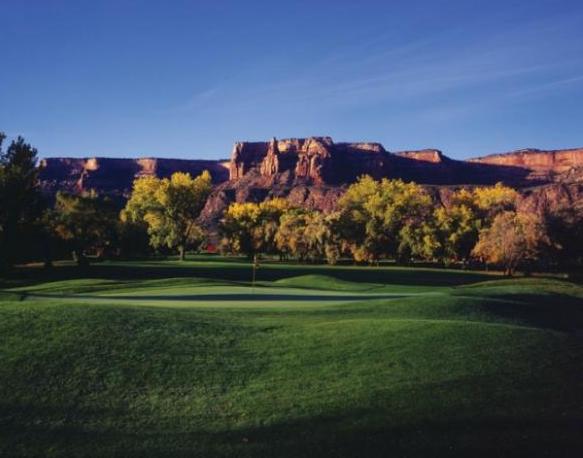 Organizations based in Denver that represent the entire state of Colorado sometimes find it difficult to geniunely connect with areas located potentially hundreds of miles away.

It can be a matter of proximity and perception.

The CGA, based in the south suburbs of Denver, understands, and it makes concerted efforts to reach out to golfers far removed from the Front Range population centers of Colorado.

That’s part of the idea behind this week’s inaugural CGA Western Slope Golf Summit. The event will be held on Saturday morning (April 6) at Bookcliff Country Club in Grand Junction. Registration remains open through Thursday.

“We do represent the whole state,” said CGA managing director of programs Erin Gangloff, the point person in organizing the Western Slope Golf Summit. “That’s the biggest thing. We don’t want people to think, ‘Oh, we’re just in the Denver metro area.’ We want them to feel just (as served) as anyone in Denver. (Manager of programs) Matthew Walker has done a great job in the past in making sure that we get our women’s clinics over there, and they’re highly attended. We are the Colorado Golf Association, not just (for) Denver.”

The CGA is no stranger to the Western Slope. In 2019, the association will hold several championships in western Colorado: the Parent/Child (June 1-2 in Carbondale), the Western Chapter (July 13-14 in Parachute), and the Women’s Dunham Chapman (Sept. 7-8 in Gypsum). There are the aforementioned CGA Women’s Clinics/On-Course Clinics (June 8 in Gypsum and July 21 in Grand Junction). And Tiara Rado and Lincoln Park in Grand Junction are home to one of the Colorado-based chapters of the Solich Caddie & Leadership Academy, which was launched by the CGA in 2012. Currently, about eight caddies are part of the Solich Academy’s Grand Junction chapter, which debuted in 2017.

In the plans are meetings regarding the Grand Junction-based Rocky Mountain Open and the Solich Academy before Saturday’s Summit.

At Bookcliff on Saturday, the agenda is similar to that of the CGA Women’s Golf Summit that was held last month at Pinehurst Country Club. Guzowski will give a state of the CGA speech, and Gangloff and CGA manager of caddie development Emily Olson will speak about the Solich Academy to the whole group in an effort to create more awareness of the chapter in Grand Junction. Then two breakout sessions are planned, one on Golf Genius tournament management (conducted by CGA director of competitions Kate Moore) and the other a forum for the parents of junior golfers (led by CGA managing director of golf operations Ashley Barnhart). Then the entire group will attend a rules session regarding the 2019 changes to the Rules of Golf, led by Mate, who serves on the USGA Rules of Golf Committee.

As of Tuesday, 30 people had registered to attend the inaugural Western Slope Golf Summit.

Whether there will be future Summits like this weekend’s will depend on the reaction to this first one.

The idea for the first Western Slope Summit came out of a meeting CGA staffers had with Wilkinson regarding promoting the Solich Academy in Grand Junction.

“Out of that meeting we said, ‘You know, if we can do a Women’s Summit, why can’t we do something for all our players over on the Western Slope because we do have quite a few over there,” Gangloff said. “So how can we come over there and bring all of our CGA programming to them, where they don’t have to drive all the way over here to attend (a CGA function along the Front Range)?”