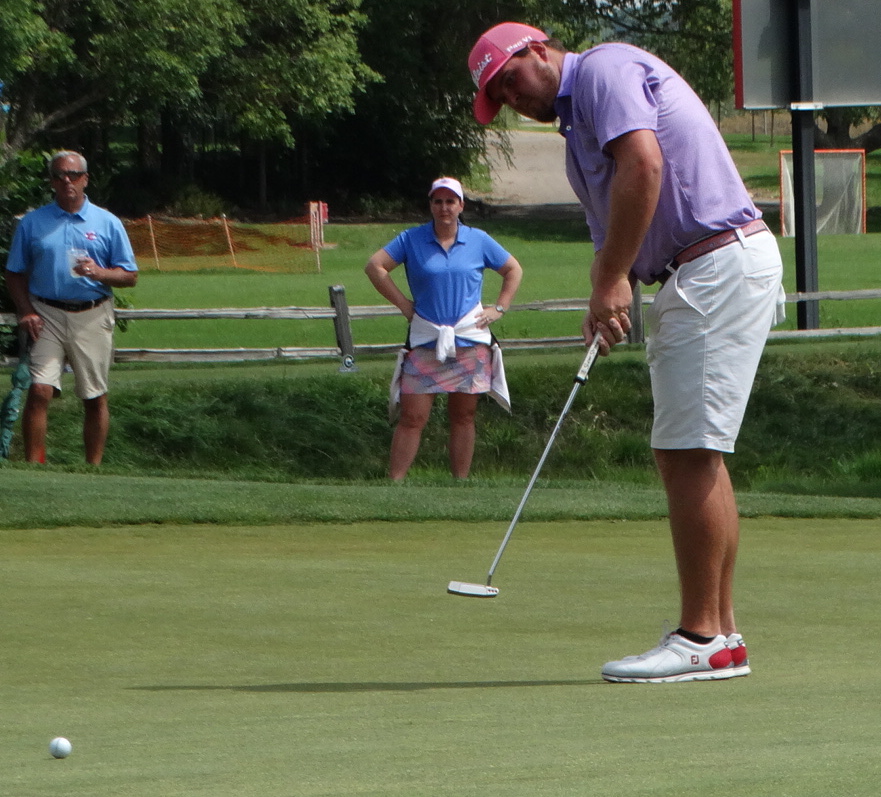 Kyler Dunkle has claimed two individual titles in his final season of college golf, and he’s still in the running for the grandaddy of them all.

The former CGA Player of the Year and the 2018 CGA Amateur champion completed his second round of the men’s NCAA Division I nationals in Fayetteville, Ark., and at the halfway point the University of Utah senior shares fourth place and is just two strokes behind leader Austin Eckroat of Oklahoma State, who has carded back-to-back 69s.

Dunkle, a former 5A state high school champion, shot a 1-under-par 71 on Saturday at Blessings Golf Club to check in at 4-under 140. He made five birdies, two bogeys and a double bogey on the formidable layout.

Dunkle is looking for his seventh top-10 finish of the season. Recently, he was second in the Pac-12 meet and sixth at the NCAA Stanford Regional.

The stroke-play portion of the event will continue through Monday.

Meanwhile, Colorado Golf Hall of Famer Mark Crabtree, coach of the University of Louisville, has his Cardinals in 28th place out of the 30 teams competing at nationals.

Here are the scores for the players with strong Colorado ties competing at the men’s NCAA Division I finals: