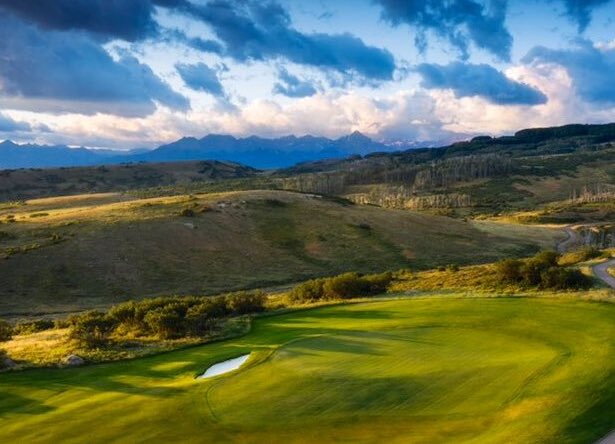 Cornerstone Club near Montrose set to host 50th CGA Senior Amateur; Robert Polk, who won title in 2009 at site, will aim for a repeat

Next week, the CGA Senior Amateur Championship will be held for the 50th time, with then-Columbine Country Club member Buzz Bolas having captured the first title, in 1972.

The tournament has been conducted pretty much all over the state in the years since. But only once before has the Senior Amateur been held so far away from Denver as it will be this year.

Tuesday through Thursday, many of the state’s best senior amateurs will tee it up at Cornerstone Club, south of Montrose, roughly 300 miles from the state capitol. So when was the Senior Am held as far away from Denver? In 2009, the previous time Cornerstone Club hosted the festivities.

The Greg Norman-designed course in the high country between Montrose and Telluride operated from 2008-11, closed in the wake of the Great Recession, then reopened the full course in 2019 after a renovation by Matt Dusenberry and Dusenberry Golf Course Design.

The golfer who won the CGA Senior Am the last time it was contested at Cornerstone could very well be a factor this time around as well as Robert Polk of Colorado Golf Club won the CGA Senior Match Play earlier this summer at age 66.

And Polk owns four victories in the CGA Senior Amateur, the last coming in 2018. The only players with more in this event are two Colorado Golf Hall of Famers, Larry Eaton (7) and John Olive (5). Polk’s 2009 victory at Cornerstone gave him a sweep of major CGA senior titles that year.

Other former Senior Amateur champs entered this year at Cornerstone are Steve Ivan of Patty Jewett Golf Course (2017 and ’20), Wyoming resident John Hornbeck (2019), Bill Fowler of The Club at Rolling Hills (2015) and David Delich of The Broadmoor Golf Club (2012).

The 54-hole CGA Senior Amateur is limited to golfers 55 and older. The field will be cut to the low 40 players and ties after Wednesday’s second round.