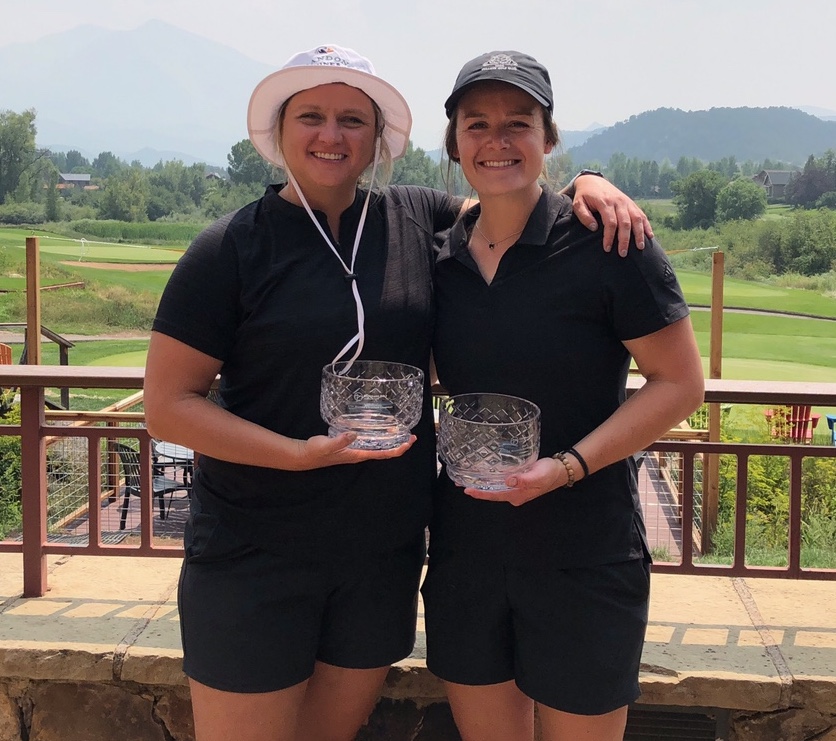 Rachael Watton and Stephanie Holmes spent roughly eight hours getting to and from River Valley Ranch in Carbondale for the CGA Women’s Brassie Championship. The extended drive time was due to I-70 through Glenwood Canyon being closed because of road damage caused by flash flooding from the Grizzly Creek burn scar.

But the performance of the Denver residents — and Wellshire Golf Course regulars — made it worth the trip this week.

Watton, a former University of Denver golfer, and Holmes went wire to wire in winning the overall low-gross competition at RVR. The two posted better-ball scores of 71-72 for a 1-under-par 143 total, which was good for a five-stroke victory.

“It’s Steph’s first rounds ever of competitive golf. And it was mine since I graduated from college,” Watton said. “It was the perfect type of event to get my feet wet again.”

Watton owns a plus-2.7 USGA Handicap Index, while Holmes’ is 16.4. Given that spread, it’s not surprising that Watton’s score on Tuesday matched the team’s gross better-ball tally (72). But Holmes contributed a few times to the gross team score on Monday.

“Rachael definitely held the team together today, but that’s to be expected,” Holmes said. “I did whatever I could to hang in there.

“It being my first competitive rounds and only playing golf for three years, it brought me back to the good days of competitive sports (growing up, she ran track and played basketball). And getting to meet a great group of ladies was really nice. We made some new friends. That’s what it’s all about.”

“It was lucky for us that it was on the very last hole because we were able to walk away from that and come back fresh today,” Holmes said.

In Tuesday’s final round, the winners made five birdies, three bogeys and a double bogey on No. 12.

“We’re excited,” said Watton, a native of Scotland. “The CGA put on a great event. We were happy we were able to make it up and they were able to put it on with (Glenwood) Canyon being closed. It was a good time and a beautiful golf course with beautiful weather.”

Placing second on Tuesday in the overall low-gross competition was the team of Denise Mayfield and Vicki Wattier of Dos Rios Golf Club, who closed with a 75 for a 148 total. Nancy Werkmeister and Annette Sulzman from Foothills Golf Course came in third at 150 after a pair of 75s.

For all the gross and net scores from all three flights at River Valley Ranch, CLICK HERE.