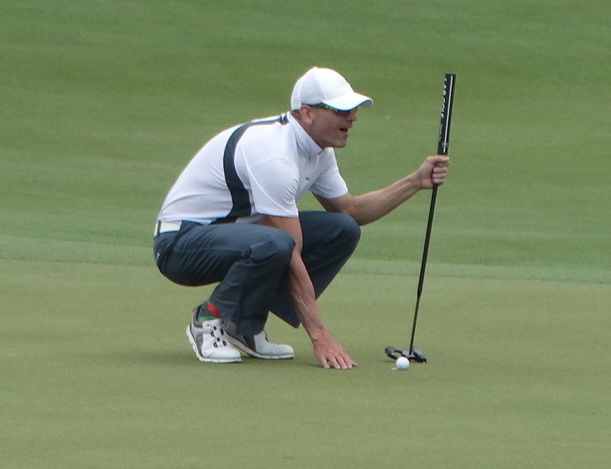 Both Coloradans who made match play at the U.S . Senior Amateur saw their first-round matches go to extra holes on Monday.

One victory and one loss in Durham, N.C.

Meanwhile, Greg Condon of Monte Vista, who missed sharing stroke-play medalist honors by one stroke over the weekend, was ousted by 61st-seeded Mark Knecht of Paducah, Ky., in 19 holes.

Minovich (pictured), competing in his first USGA championship, parred the 21st hole to overcome Fieger, who made bogey. Minovich’s only previous lead of the match was after winning the 17th hole with a par.

Minovich went 3 over par for the 21 holes. He rallied after being 2 down after four holes and two down after 13. The Coloradan led 1 up after 17 holes, but Fieger forced extra holes with a winning par on 18.

Condon, a stroke-play co-medalist in this event last year, led Knecht 2 up with three to play on Monday. But Knecht won 16 with a birdie, 18 with a par, and the decisive 19th hole with a par.

Meanwhile, Scott Sullivan of Grand Junction, who tied for 62nd place in stroke play, failed to earn a spot in match play early Monday. In a 9-for-3 playoff, Sullivan bogeyed the second extra hole and was eliminated from contention for match play.

Here are the results for all the Coloradans in the field at the U.S. Senior Amateur: