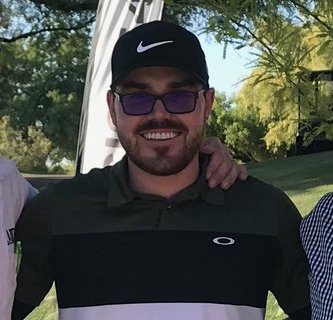 Normally about this time of year, Matthew Liringis would be visiting Fort Collins — where he grew up — in hopes of making it through the first stage of U.S. Open qualifying.

In the past five years, he’s earned spots into the final stage of Open qualifying on three occasions thanks to his performances at his old home course, Collindale.

Alas, this year, that early-May mainstay of a tournament was canceled as the U.S. Open was postponed to September due to the effects of the coronavirus.

But, apparently, Liringis would have been a good bet to advance had qualifying been held as usual.

He proved as much this week when he tied for fifth place out of 162 players in the Scottsdale AZ Open, which featured an impressive field that included PGA Tour winners Kevin Streelman, Kirk Triplett, Nate Lashley, Alex Cejka and Jim Carter.

Liringis used a 9-under-par 61 in the second round en route to a 12-under 198 total at Talking Stick Golf Club, which earned him $4,100. He finished six strokes behind champion Zach Smith of Mesa, Ariz.

For the tournament, Liringis made 15 birdies, including 10 on Wednesday, when he carded five in a row.

For all the scores from the Scottsdale AZ Open, CLICK HERE.