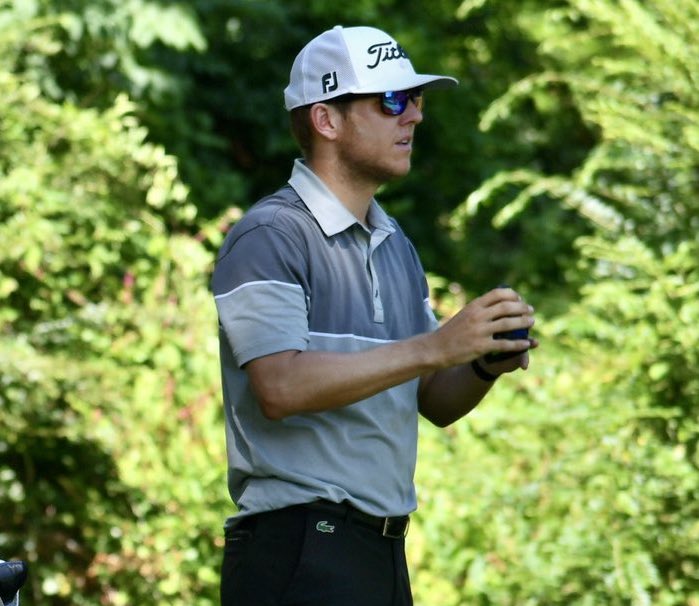 Jeremy Paul will compete in next week's CoBank Colorado Open, along with twin brother Yannik. Photo: All Pro Tour

A week before planning to compete in the CoBank Colorado Open at Green Valley Ranch Golf Club in northeast Denver, former University of Colorado golfer Jeremy Paul nearly posted a victory on Saturday in the All Pro Tour’s Texarkana Children’s Charities Open in Arkansas.

In a tournament that featured a whopping field of 182 contestants, Paul finished second, two strokes behind champion Ryan Baca of Sugar Land, Texas.

Paul’s twin brother Yannik, also a former Buff who is in next week’s Colorado Open field, shared 19th place Saturday at 276 (68-66-72-70). A month ago, Yannik Paul finished third in an All Pro Tour event.

(Updated July 19) Meanwhile, on the Dakotas Tour, Steven Kupcho of Westminster finished tied for fourth out of a 50-player field on Sunday at the Western Corporate Image Pro-Am a week after scoring a victory in a playoff.

Kupcho, also in the field for the CoBank Colorado Open July 23-26, recorded rounds of 71-69-70 in Aberdeen, S.D. for a 6-under-par 210 total, which left him five strokes behind champion Joshua Gibson of Grandville, Mich.

Kupcho, a former University of Northern Colorado golfer who earned CGA Player of the Year honors in 2012, carded an eagle and 11 birdies for the week in South Dakota, but also made a triple bogey on the 16th hole on Sunday before finishing birdie-birdie.

The weekend before, Kupcho won The Dakotas Tour at the Ridge event in Sioux Center, Iowa.

For all the scores from the Dakotas Tour event, CLICK HERE.