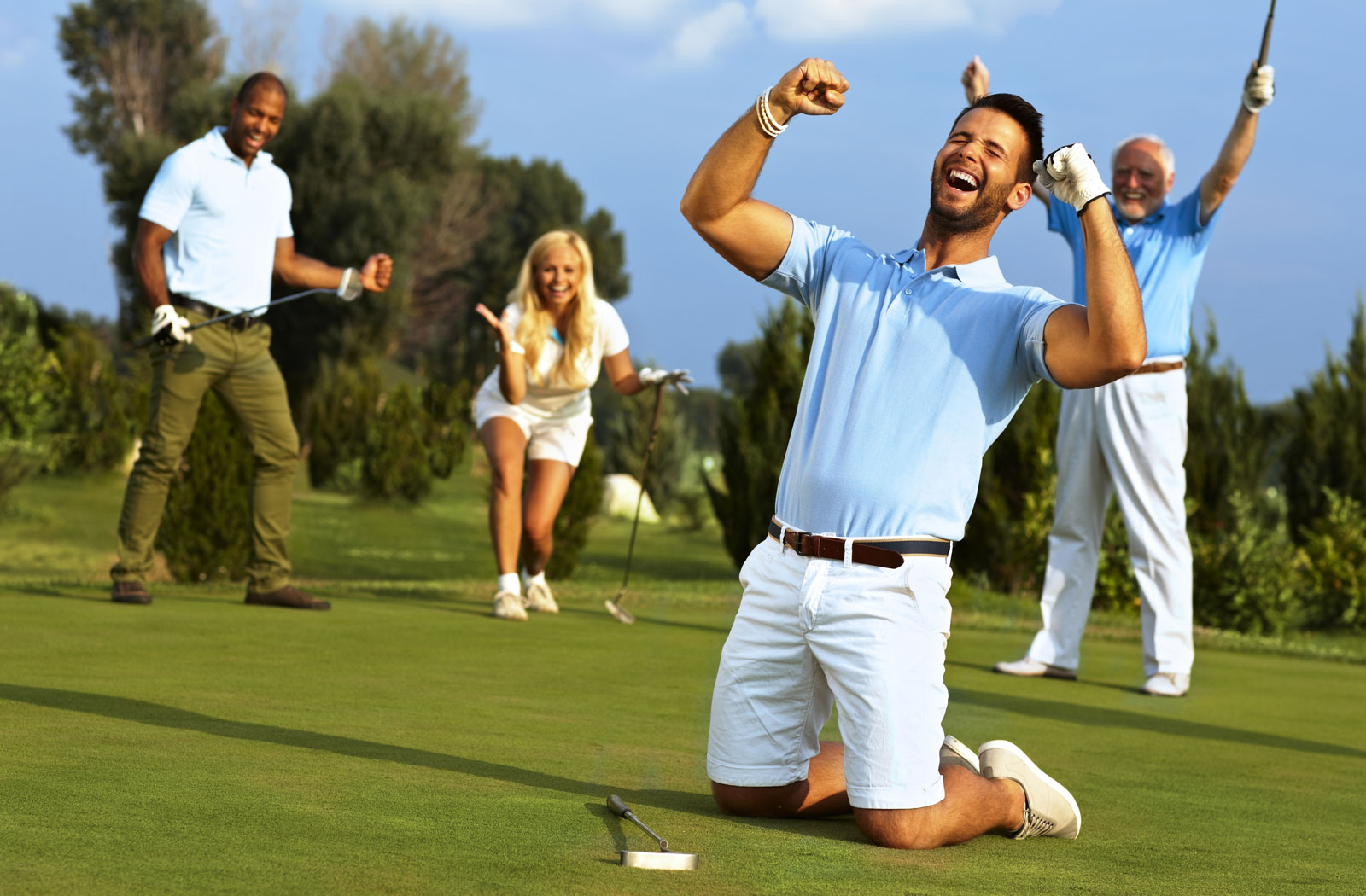 Come November, you won’t be able to post a score in Colorado. Why not try out some fun alternatives to the serious games you’ve played all summer?

First date, first husband, first of many him-vs.-her golf matches. Not wanting a cutthroat competition, I asked, “Have you ever played Bingo Bango Bongo?” He said he didn’t know the game, but added, “I have a feeling I’m about to learn.” He not only learned, he won a few quarters that afternoon. But, most important, we were both smiling in the end.

And even under the Rules of Golf, there are some fun formats seldom played in summer leagues and competitions. Think of this time as the amateur version of the PGA Tour’s “silly season,” when Tom Brady and Charles Barkley get to tee it up with moonlighting pros.

Here’s a sample of alternative games – some more silly and some more serious.

You can also play a traditional handicapped match, with a point for winning a hole and a half-point for splitting a hole, giving putts and picking up whenever one of you is out of a hole.

With a good friend, you could play Pickup Sticks. Every time friend wins a hole, you take a club away. When friend loses a hole, friend can take back club – or take one of yours. Immunity is recommended for putters.

On a speedy golf course, try alternate shot. You can divide up the tee shots by odds and evens and alternate from there, or use the Scotch format where both players tee off and then take turns from the shot of their choice. A fun variation: Both players tee off and then must alternate from the ball chosen by the opposing team. You can give strokes on alternate shot, but it’s less complicated to just even up the teams. (Formula: 60 percent of lower handicap partner plus 40 percent of higher handicap partner)

A Trifecta merges popular partner formats. In the order of your choice: Six holes best ball (the best net score of the two partners), six holes scramble and six holes alternate shot. Best for evenly matched teams, because the handicap calculations after the first six holes definitely require a calculator!

For three or four

Play a Three-Club Monte, with each player bringing just three clubs (plus putter?) for the day.

A popular foursome format is 6-6-6 or Round Robin, where each player plays six holes with each of the other three. Tied holes generally carry over to the next hole, so a total of 36 points (one for each player on the team that won the hole) can be won. Points, as in many other games, can mean dimes, dollars or other wagers.

I’ll rename this one McMulligans: Each player gets a designated number of replays per round, based on handicap. For a high-handicap group, maybe it’s half handicap, so a 20 would get 10 mulligans. Maybe a lower-handicap group would do 75 or 80 percent of handicap. The player can use the mulligans anywhere but must use them once played; the first shot is no longer an option. Great game for offseason practice.

Of course, Skins, the choice of the silly-season celebrity matches, is still a favorite for foursomes who like to wager. The designated bet on each hole is either won or carries over and accumulates. Wager warning: It is possible, though not common, for one player to lose every hole. So when your group is deciding on the hole wager, multiply by 18 and make sure you have that much, if not in your pocket then in your Venmo account.