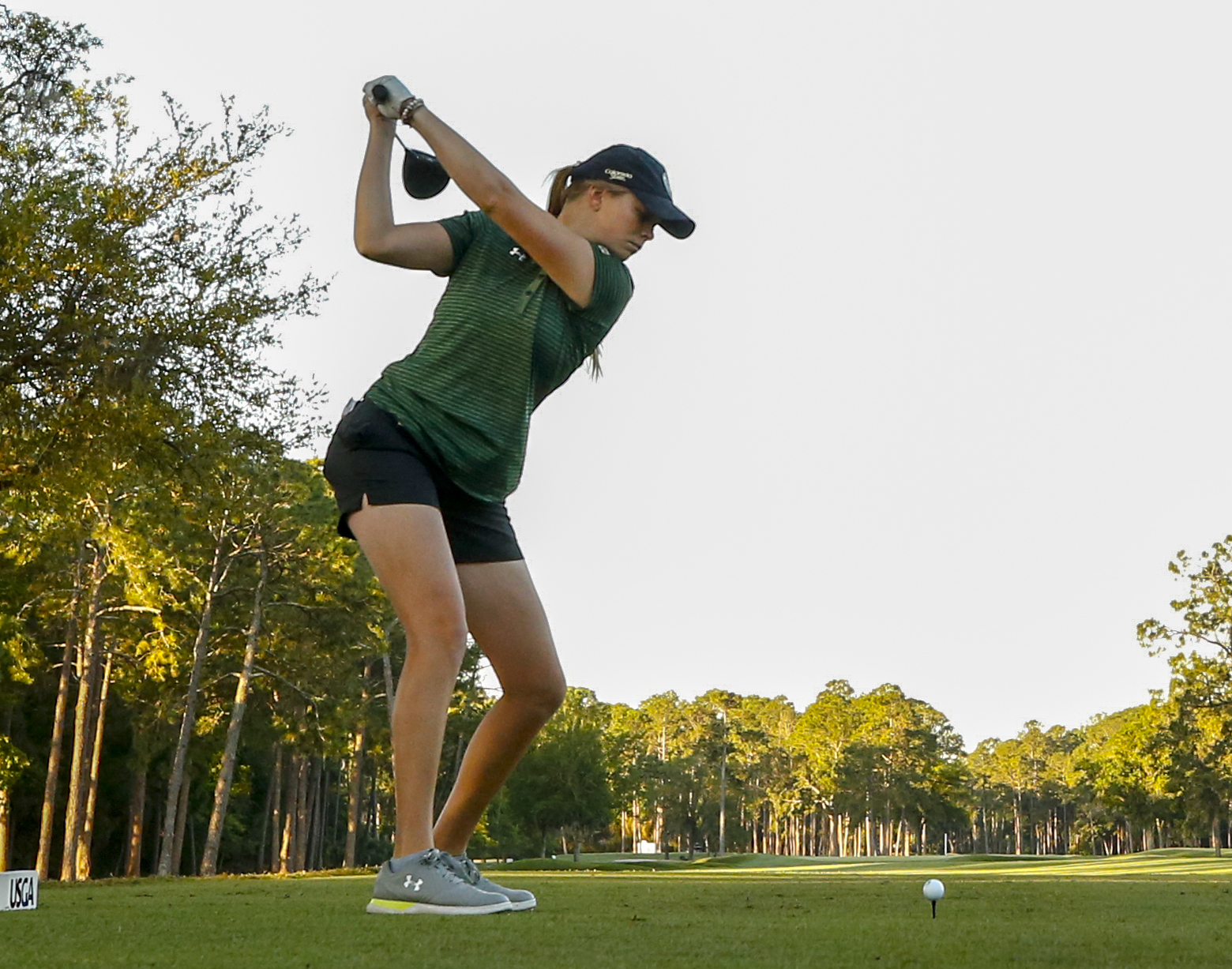 CSU’s Prendergast/Secor have work to do after opening with 72 in title defense at U.S. Women’s Amateur Four-Ball

Katrina Prendergast and Ellen Secor will have to step it up a notch on Sunday if they want their title defense at the U.S. Women’s Amateur Four-Ball Championship to last past the weekend.

And their Colorado State University teammates Haley Greb and Jessica Sloot are in the same boat in Jacksonville, Fla.

In order to advance to match play in the 64-team event, they’ll need to be in the top 32 after Sunday’s second round of stroke play.  And both CSU teams are on the wrong side of that line after Saturday’s opening round.

Prendergast (pictured on Saturday, ©USGA/Steven Gibbons) and Secor, competing together in this event for the third straight year, shot an even-par 72 in the better-ball competition at Timuquana Country Club, which left them in 37th place. And Greb and Sloot, who qualified in Colorado for the national championship, carded a 74, good for 52nd place.

Faith Choi and Aneka Seumanutafa, both teenagers from Maryland, fired a Women’s Four-Ball Championship-record 12-under-par 60 to grab a five-shot lead in stroke play. The previous record for this championship was 64, shot by then-University of Colorado golfers Esther Lee and Brittany fan in 2017 and by Yachun Chang and Lei Ye last year.

Prendergast and Secor had a rough start to their title defense, playing the opening nine holes in 4-over-par 40. But they were strong on the back nine, as an eagle on the par-4 17th, combined with two birdies, gave them a 32 on that side. Prendergast holed out a 9-iron from 123 yards for the eagle.

For all the scores from the Women’s Amateur Four-Ball, CLICK HERE.