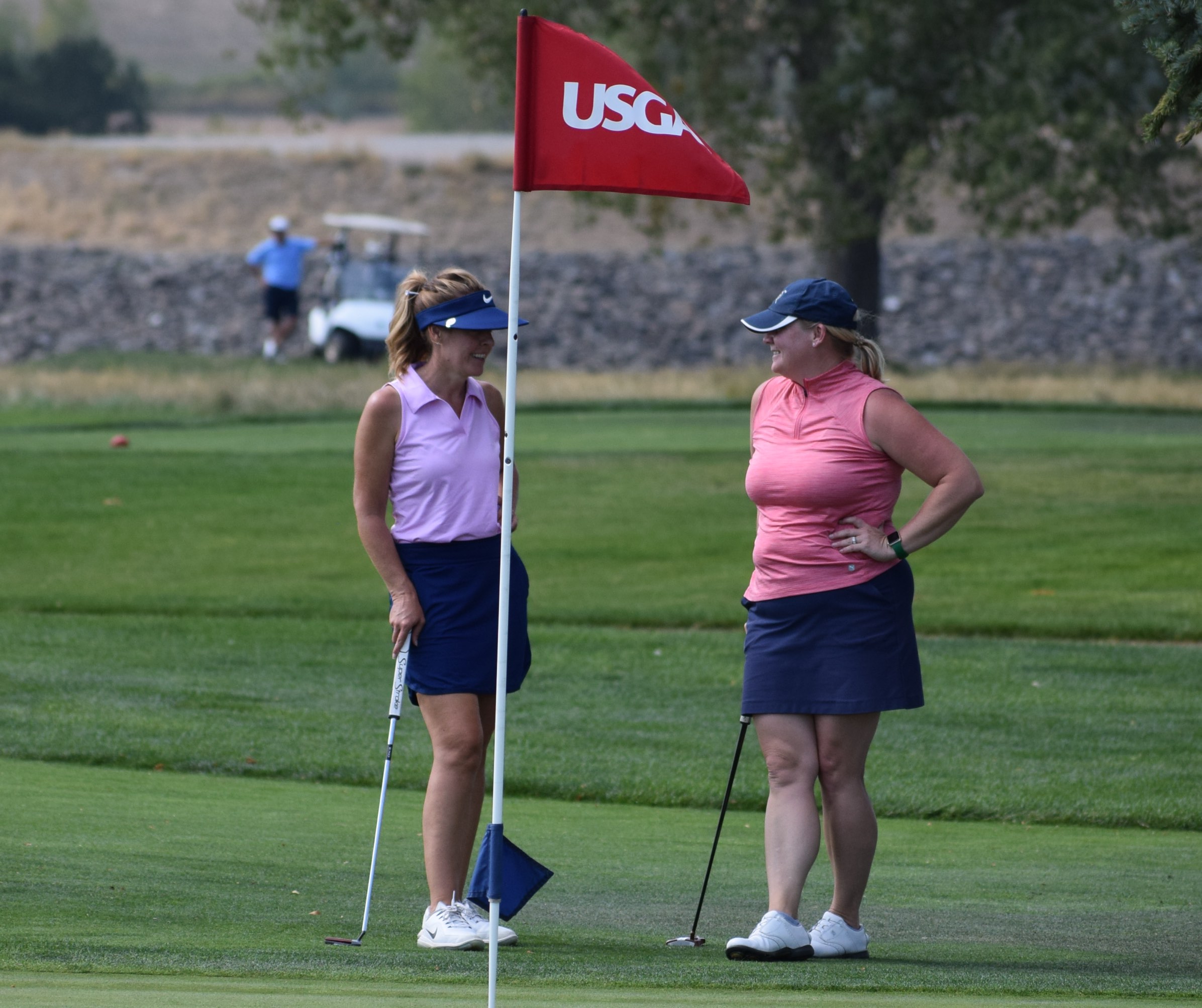 Shelly Edwards (left) and Erin Houtsma were even-par through eight holes, but five consecutive bogeys derailed their round.

Once the second alternates in qualifying, Coloradans Houtsma/Edwards start with 78 in U.S. Women’s Amateur Four-Ball

It’s not often that second alternates from USGA qualifying tournaments held in Colorado actually land spots in the national championship, but Erin Houtsma of Denver and Shelly Edwards of Boulder did.

But the dates for the U.S. Women’s Four-Ball in Carrollton, Texas happened to conflict with those of the Women’s Pac-12 Conference Championships in Stanford, Calif., where the University of Colorado is one of the contestants. And Schalk, Lau and Simpson are all CU golfers — though Simpson didn’t end up making the traveling squad for the Pac-12s. For Schalk, it was the second consecutive year she’s qualified for the U.S. Women’s Four-Ball but wasn’t able to play in the national championship as last year’s tournament was canceled due to Covid-19 safety concerns.

So … Houtsma and Edwards, who have their own close ties to CU, are competing at the Four-Ball in Texas. Houtsma, the 2005 Colorado Women’s Open champion who also won the 2020 CGA Women’s Mid-Amateur Stroke Play, is a former CU golfer. And Edwards, a former University of New Mexico player, is married to CU men’s golf head coach Roy Edwards.

On Saturday in the opening round of stroke play at the U.S. Women’s Four-Ball, Houtsma and Edwards shot a 6-over-par 78 and share 49th place in the 64-team field.

The two 40-somethings, who make up the third-oldest twosome in the championship, made three birdies and nine bogeys in the better-ball event. After being even-par through eight holes, five consecutive bogeys led to a 6-over total for the final 10 holes.

Houtsma and Edwards will have to jump into the top 32 after Sunday’s second round of stroke play to advance to the match-play portion of the event. Currently, the six teams tied for 31st place are at 3 over par. Four teams shot 3-under 69 to share the lead after Saturday.

For all the scores from the U.S. Women’s Four-Ball, CLICK HERE.