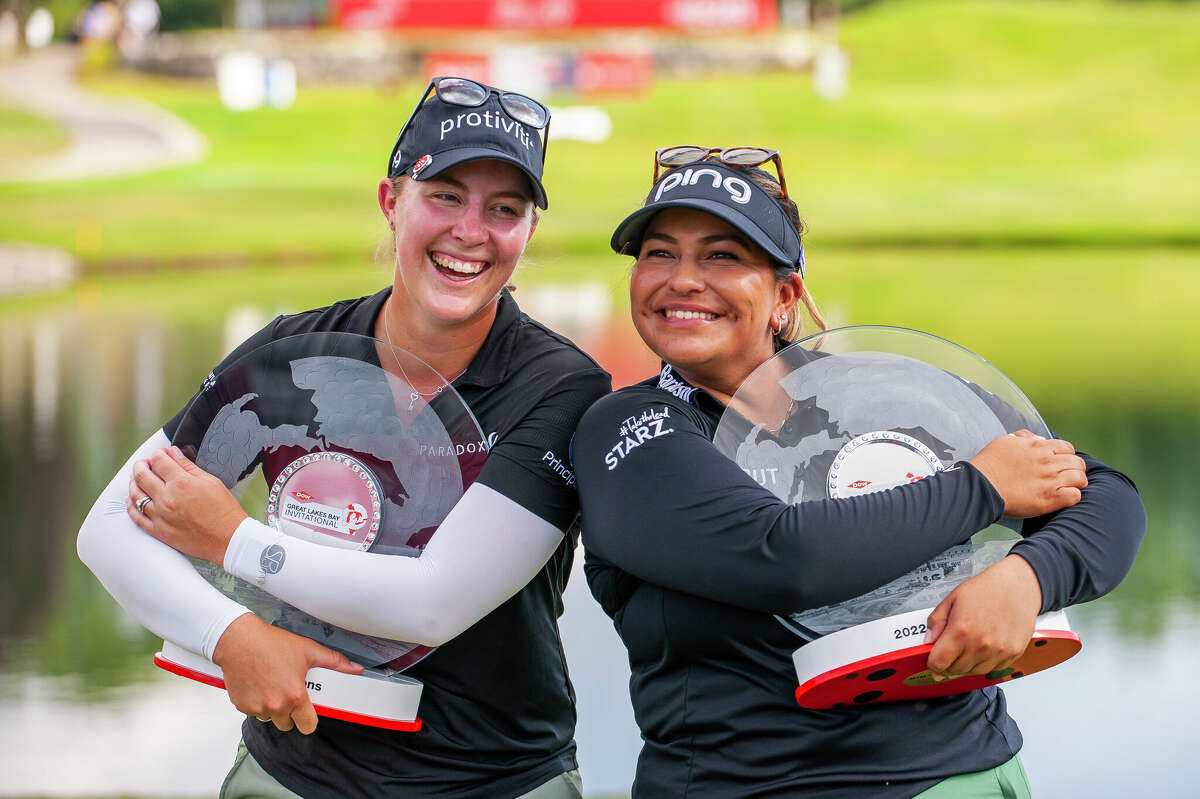 Colorado native Jennifer Kupcho has been checking off the boxes of late — with remarkable regularity. Just in the last 3 1/2 months, for instance, here are some of her accomplishments:

— Third LPGA win — and first as a pro in a team event. Check. (Dow Great Lakes Bay Invitational on Saturday — with Lizette Salas).

— First player to three victories on the LPGA Tour in 2022. Check.

Kupcho, the Jefferson Academy graduate who was born in Littleton and grew up in Westminster, and Salas ran away with the Great Lakes Bay Invitational title. Saturday essentially became a victory lap for the two in Midland, Mich., as they prevailed by five strokes, finishing at 26 under par for four days.

With that, it was three victories in 15 weeks for Kupcho, the 2020 Inspirato Colorado Women’s Open champ.

“After I got my first win, I felt a lot more confident in my game,” she said Saturday. “It’s so hard to win out here. To know I could do it helped my confidence. Then to get my second win against a really stacked leaderboard in a playoff at Meijer, it made me all that much more comfortable. It’s kind of how amateur golf was for me. I started out really slow and was able to win and went on with it. It is a lot of fun to win and I am a very competitive person.”

This week marked a continuation of the success Kupcho and Salas had as partners in last September’s Solheim Cup, where they went 2-0-1 as a twosome that week.

So, essentially, Kupcho and Salas remain unbeaten as partners. And while Kupcho earned her third LPGA victory in 3 1/2 months on Saturday, Salas won her first in eight years — and second overall.

“We were clicking all week,” the 25-year-old Kupcho told CBS. “We just have a lot of faith in each other. We make each other comfortable. We know that if we mess up, the other person has got us. It’s worked really well for us.

“We are a great team. And for her to get her first win in a while is pretty awesome.”

“It was a magical week and I couldn’t have done it without (Kupcho),” Salas said. “We just make a great team. Since we got here, we’ve had faith in each other that we could pull this off.”

This week’s victory in the 72-team event was worth $301,586 each in official money for Kupcho and Salas, though Rolex Player of the Year and Women’s World Golf Ranking points were not allocated this week because it’s a team event. Kupcho, who ranks second to Minjee Lee in Player of the Year standings this season, now has earned $1,749,152 this year in official LPGA money, which puts her in third place in that category, behind Lee and In Gee Chun.

Upcoming for top LPGA players are two majors in the next three weeks, with the Amundi Evian Championship in France next week and the AIG Women’s Open in Scotland Aug. 4-7.

“I think I hit the ball a lot better than I thought I was going to coming into the week,” Kupcho said. “To have that carrying into majors, it’s nice.”

For all the scores from the Dow Great Lakes Bay Invitational, CLICK HERE.