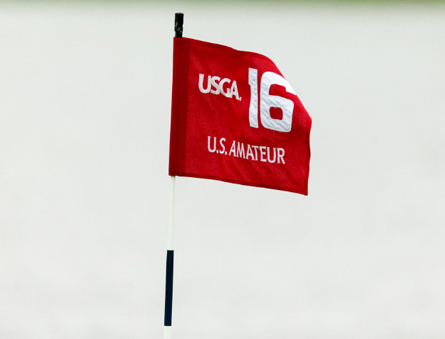 Ninety-six sites will host 36-hole U.S. Amateur qualifying tournaments, but Columbine Country Club in Colorado will be one of the first two out of the gate.

Columbine, site of the 1967 PGA Championship, and Egypt Valley Country Club in Ada, Mich., will be the only qualifiers held before Independence Day as both are set for Monday, July 1.

At both Columbine and Fort Collins CC, a field of 83 players are scheduled to tee it up, with the top three finishers at Columbine advancing to the U.S. Am. (The number of qualifiers in Fort Collins is likely to be the same, but hasn’t yet been finalized.)

The 119th U.S. Amateur will be contested Aug. 12-18 at Pinehurst Resort in North Carolina.

At Columbine on Monday, 2018 U.S. Am qualifiers Coby Welch and Austin Hardman from Highlands Ranch are among those in the field, along with three-time qualifier Michael Harrington.

A host of top local college golfers will also tee it up at Columbine. Among them are Welch, Davis Bryant, Griffin Barela, Jackson Solem, Jack Castiglia and Esteban Missura. Others scheduled to compete include Dillon Stewart, who has qualified for the 2018 and ’19 U.S. Junior Amateur, and 2016 CGA Amateur champion Colin Prater.

At Fort Collins on July 8, Loveland resident and Texas A&M golfer Dan Erickson will be back to try to earn a return trip to the U.S. Am after shooting 61-67 to qualify at the same site last year. Erickson went on to advance to match play at the U.S. Am at Pebble Beach.

Others in the field include 2018 CGA Player of the Year AJ Ott, who has qualified for the last two U.S. Amateurs; Steve Irwin, who has played in three U.S. Ams; 2017 qualifier Kenny Coakley, who like Irwin is a former University of Colorado golfer; 2019 CGA Match Play runner-up Cal McCoy; and other accomplished Colorado amateurs such as Ross Macdonald, Jon Lindstrom and Brian Dorfman.

For the fields at the Colorado qualifying sites, click on the following: COLUMBINE, FORT COLLINS.