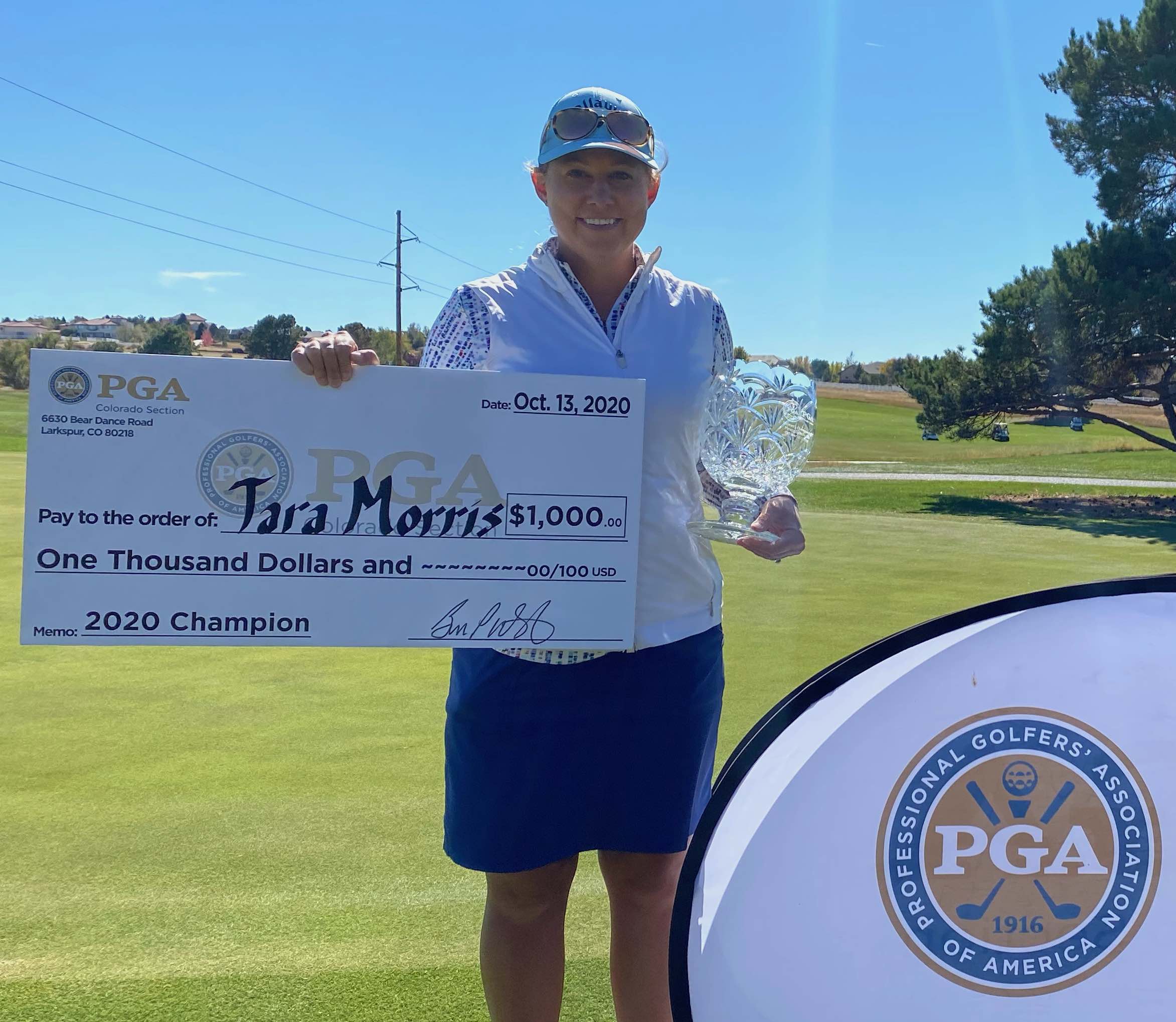 Tara Morris of the Country Club at Castle Pines shot the best score of the Colorado PGA Women’s Championship — by a whopping five strokes — on Tuesday to win the tournament for the second time in the last three years.

The 34-year-old Aurora resident, who previously captured the title in 2018, prevailed by seven strokes this time around, earning $1,000 for the victory at The Pinery Country Club in Parker. The winning margin was by far the largest in the five-year history of the event, eclipsing the previous record of three strokes.

Morris came into the final round of the 36-hole event one out of the lead, but birdied four of the first six holes and finished the day with six birdies and one bogey en route to firing a 5-under-par 67. She finished with a two-day total of 4 under 140.

First-round leader and two-time champion Alexandra Braga of Denver Country Club shot a solid even-par 36 on the front nine, but Morris extended her lead on the back side. Braga posted a 3-over-par 75 on Tuesday and checked in at 147 overall.

Morris and Braga also finished 1-2 in 2018, but Morris won that year in a playoff.

Tying for third place at 152 out of the eight-player field were Kelli McKandless of Blackstone Country Club and Jackie Cunningham of Valley Country Club, who carded rounds of 75 and 79, respectively, on Tuesday.

The Colorado PGA Women’s Championship is open to all female PGA and LPGA members and associates in good standing who reside in — or work within — the Colorado PGA Section boundaries.

For all the scores from the Colorado PGA Women’s Championship, CLICK HERE.