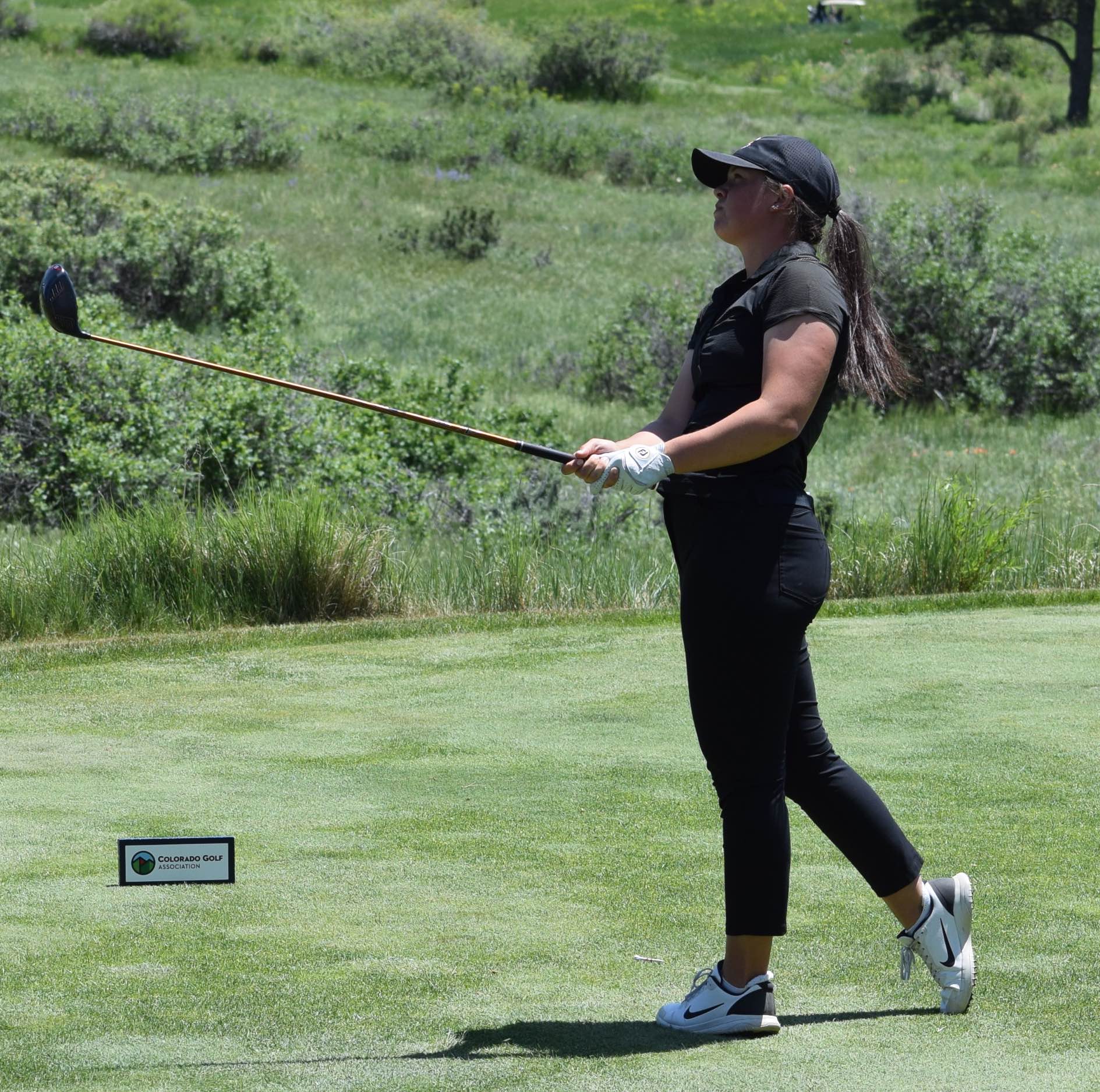 Sharing the lead going into the final round of the 74th CGA Women’s Stroke Play are one player who is looking for the third single-season sweep of CGA women’s majors in the last six years, and a golfer competing on her home course this weekend.

Leigha Devine, a Rutgers golfer who plays out of Ptarmigan Country Club, is trying to follow up her victory at the CGA Women’s Match Play earlier this month with another at the Women’s Stroke Play at Boulder Country Club. Current LPGA standout Jennifer Kupcho (2016) and Mary Weinstein (2019) previously accomplished the feat in recent years.

And Kelsey Webster, who is transferring from the University of Colorado to Oregon State, has long called BCC her home course.

The two are tied for the top spot after Saturday’s second round of the Women’s Stroke Play, one of the premier events in women’s amateur golf in Colorado.

Devine, who competed in the U.S. Women’s Open earlier this month, fired a 2-under-par 68 — the only subpar round of the championship so far — to check in at 3-over-par 143. And Webster matched that total by carding a 71, playing her last eight holes in 2 under par on Saturday.

Devine made three birdies and one bogey on Saturday, while Webster had three birdies, two bogeys and a double bogey.

But many players remain in the hunt to win the trophy on Sunday as 10 are sitting at 149 or better through two days.

That includes first-round leader Caroline Jordaan of Cherry Hills Country Club, a University of Denver golfer who trails the co-leaders by one after posting a 73 on Saturday. Rounding out the top five — in a tie for fourth at 146 — are CU golfer Hailey Schalk, and Texas junior golfer Morgan Miller. Miller shot 73 on Saturday and Schalk a 74.

In a day in which some of the field at BCC encountered rain during the second half of their rounds, Kristine Franklin of The Ranch Country Club began running away with the title in the CGA Women’s Mid-Amateur Stroke Play, which is being held in conjunction with the open-age championship.

Franklin, the CGA Women’s Senior Player of the Year each of the past three years, will take a nine-stroke lead into Sunday’s final round of the Mid-Am, which is limited to competitors 25 and older.

On Saturday, Franklin fired an even-par 70, the low round in the mid-am tournament by four strokes, leaving her at 4-over 144 overall. Franklin birdied her first two holes of round 2 and carded two bogeys later in the day.

The only other player at 160 or better through two rounds was Katherine Scott of Wellshire Golf Course. Scott sits in a distant second place at 153 after a second-round 77.

For all the scores from Boulder Country Club, including the flighted divisions, CLICK HERE.