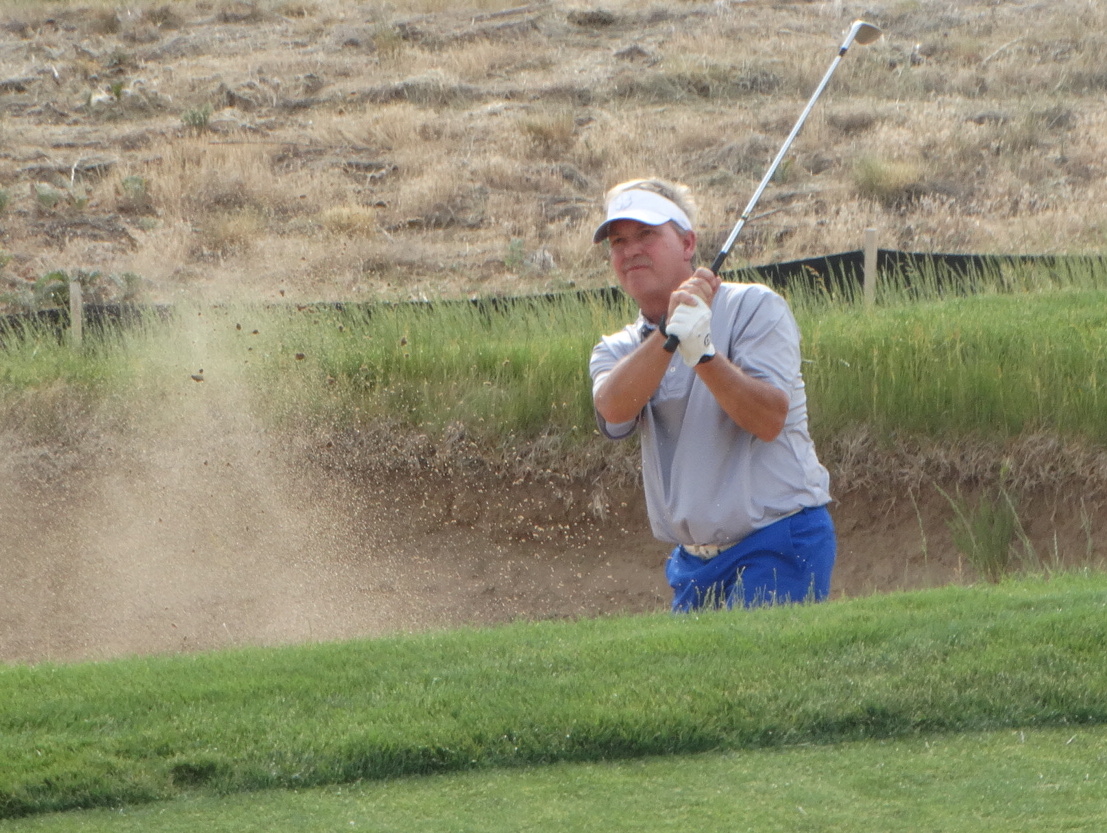 All that’s left in the 50th CGA Senior Match Play Championship are the semifinals and the final at Meadows Golf Club in Littleton.

Still in contention for the title are John Hornbeck, the Wyoming golf Hall of Famer who is attempting to become the first back-to-back champion in this event since John Olive (2001 through ’03); Scott Sullivan of Bookcliff Country Club, who advanced to the round of 16 in last year’s U.S. Senior Amateur — his third appearance in that event; Sean Forey of The Club at Rolling Hills, who at age 66 won the CGA Super-Senior Match Play a month ago; and 2018 CGA Senior Player of the Year Steve Ivan of Patty Jewett Golf Course, who won the 18th hole with a par to defeat three-time winner David Delich of The Broadmoor Golf Club, 1 up in the quarterfinals.

In Thursday’s semifinals, Hornbeck will face Sullivan, while Forey will take on Ivan (pictured). The winners will square off in Thursday afternoon’s title match.

All four players won twice on Wednesday to advance to the final day of competition.

Ivan ousted two former Senior Match Play champions in one day, beating 2016 winner Jeff Oneth of Colorado Golf Club in the round of 16 before taking down Delich. Ivan has now won two matches 1 up and two others 6 and 5 this week. He was the 2017 CGA Senior Amateur champion and finished second at this event last year.

The Senior Match Play is limited to players 53 and older.

At Meadows GC in Littleton