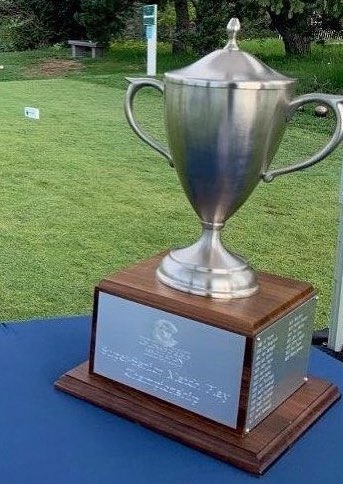 The 2020 finalists in the CGA Super-Senior Match Play remain on track for a possible rematch on Thursday afternoon, while Randy Miller of Boulder Country Club and Dave Runberg of CommonGround Golf Course will bid for upsets in Thursday morning’s semifinals at Flatirons Golf Course in Boulder.

Miller rallied from being 4 down after 10 holes against former U.S. Sen. Mark Udall to win the match and his pod on Wednesday morning, then defeated 2019 champion Sean Forey of The Club at Rolling Hills 2 and 1 in Wednesday afternoon’s quarterfinals.

In Thursday’s semis, Miller will face Moore, the Colorado Golf Hall of Famer who is bidding for his third title in this event. Moore, the CGA’s president, defeated Robert Cloud of CommonGround 6 and 5 on Wednesday to improve his record to 4-0 for the week.

In the other semifinal, it will be Polk vs. Runberg. Polk, winner of last week’s CGA Senior Match Play, won his 11th consecutive match over the last 10 days by beating 2014 CGA Super-Senior Amateur champ Kary Kaltenbacher of Glenmoor Country Club 4 and 3 on Wednesday. Meanwhile, Runberg won the last two holes to edge Roger Prenzlow of TPC Colorado 1 up in the other quarterfinal.

Prenzlow recently retired as men’s golf coach at the University of Northern Colorado, where he’s been at the helm since 2013, leading the Bears to three conference titles in that span. Prenzlow also was previously the coach of the University of Wyoming men’s and women’s teams.

At Flatirons GC in Boulder