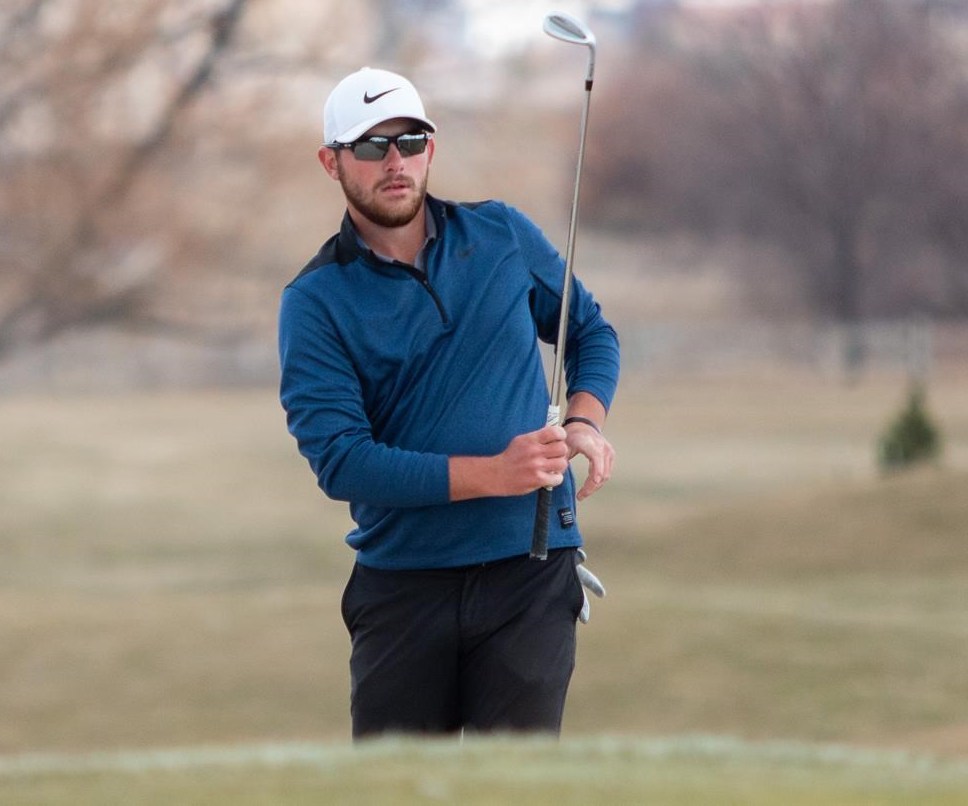 The junior from Tacoma, Wash., (pictured in a Colorado Christian photo) made five birdies and trails leader Ben Constancio of St. Edwards by one with two rounds remaining.

Also under par from a Colorado-based school after round 1 is Jack Duguid of Colorado-Colorado Springs, who opened with a 1-under 71 and is tied for 14th.

Both Carlson and Duguid are competing only as individuals in St. George.

Nic Beno led the way for Mines with a 72, while Isaac Petersilie was tops for Mesa at 73.

At the least, the top three teams and the top two individuals not on those teams from each regional will advance to the national finals, set for May 20-24 in Daniels, West Virginia. An additional eight team berths will be up grabs among the four regional tournaments.