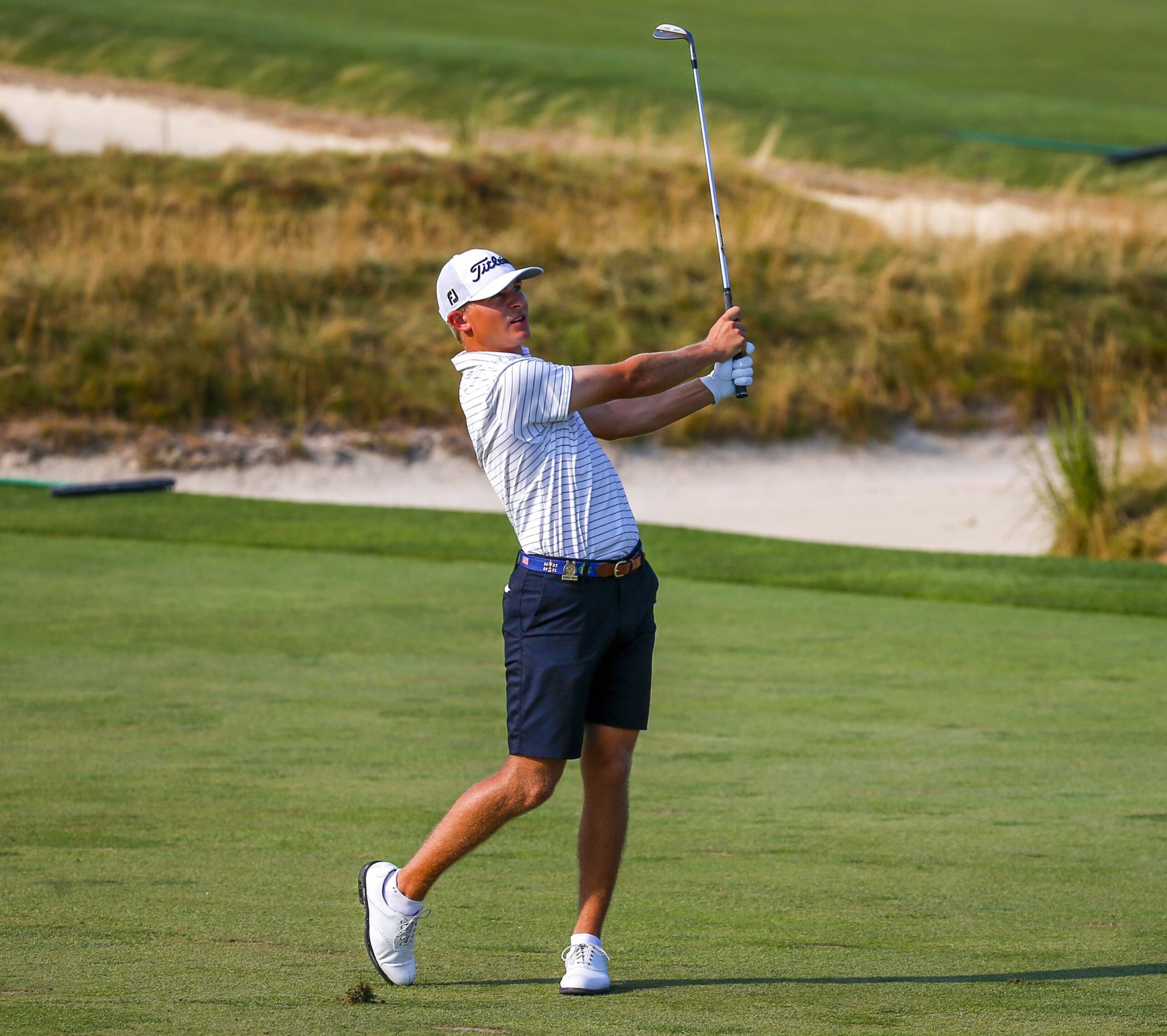 CSU’s Gunnar Broin gains early lead in round-of-64 match at U.S. Amateur that will resume on Thursday morning at Oakmont

Colorado State University golfer Gunnar Broin finished 37th out of 312 competitors in the stroke-play portion of the U.S. Amateur in Pennsylvania and led his round-of-64 match at historic Oakmont Country Club when play was halted due to darkness on Wednesday night.

Broin, from Chanhassen, Minn., posted scores of 71-70 for a stroke-play total of 1-over-par 141. He went birdie-eagle his final two holes of stroke play on Wednesday at Longue Vue Club to go from outside the cut line to inside.

Then in his first round of match play, the CSU sophomore was 2 up through five holes on Trent Phillips of Boiling Springs, S.C., in a competition that will resume at 5:30 a.m. (MT) on Thursday.

Broin won the second hole with a birdie and the fourth with an eagle to go 2 up in his match. He was 3 under par through five holes.

The winner of the Broin-Phillips match will play the winner of fifth-seeded Brian Stark of Kingsburg, Calif. and No. 60 Gordon Sargent of Birmingham, Ala., in Thursday afternoon’s round of 32.

Two other players with significant Colorado ties were within a few strokes of the playoff for the 64th and final berth into match play on Wednesday. University of Colorado golfer Adam Matteson, at 6-over-par 146, missed the playoff by three strokes, while Jackson Solem of Longmont and the University of Denver missed by four.

Here were the U.S. Amateur stroke-play scores for all the players with strong Colorado ties: