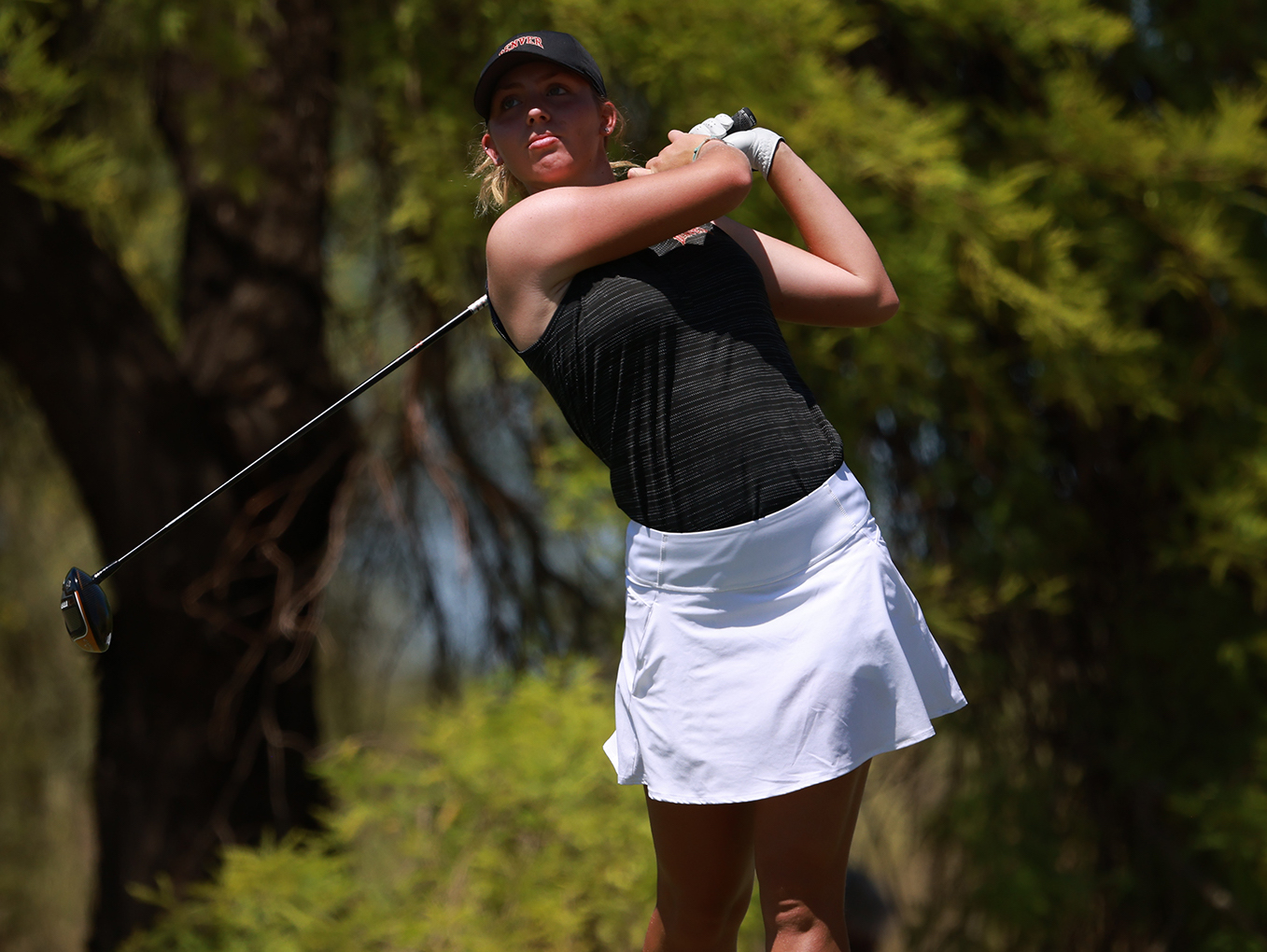 Very few players in University of Denver women’s golf history have reached the heights that Anna Zanusso did on Monday in Scottsdale, Ariz.

Very few, as in just one other.

The sophomore from Italy tied for ninth at the women’s NCAA Division I national championships at Grayhawk Golf Club despite starting her tournament with a 76 on Friday.

To put that into perspective, Zanusso became just the second DU women’s golfer to post a top-nine individual finish at nationals, joining Stephanie Sherlock (fifth in 2008). Other similar showings by Pioneer golfers are a 10th by Tonje Daffinrud in 2014 and an 11th by Sherlock in 2009.

Zanusso, the first Pioneer to compete in women’s NCAA nationals since Daffinrud in seven years ago, steadily climbed the scoreboard in Scottsdale as she was in 74th place after the opening round.

She followed up her 76 with scores of 72-70-70 for an even-par total of 288, finishing eight strokes behind individual champion Rachel Heck, a freshman from Stanford who won her fifth consecutive college tournament.

Zanusso came on particularly strong down the stretch on Monday, playing her final seven holes in 3 under par. She carded four birdies and two bogeys in round 4.

Zanusso certainly finished the season on a high note, with six of her last seven rounds being at or under par. In her last four tournaments of the year, she placed 18th out of 66 players, third out of 40 players, sixth out of 95 players and ninth out of 132 players at nationals.

“I really couldn’t be more proud of how Anna performed this week and how she improved every single tournament this season,” DU coach Lindsay Kuhle said. “She is one of the best college golfers — and only a sophomore.”

Zanusso won two individual college titles as a freshman — one in which she shot an NCAA-record-tying 61 — and competed in the Augusta National Women’s Amateur this year.