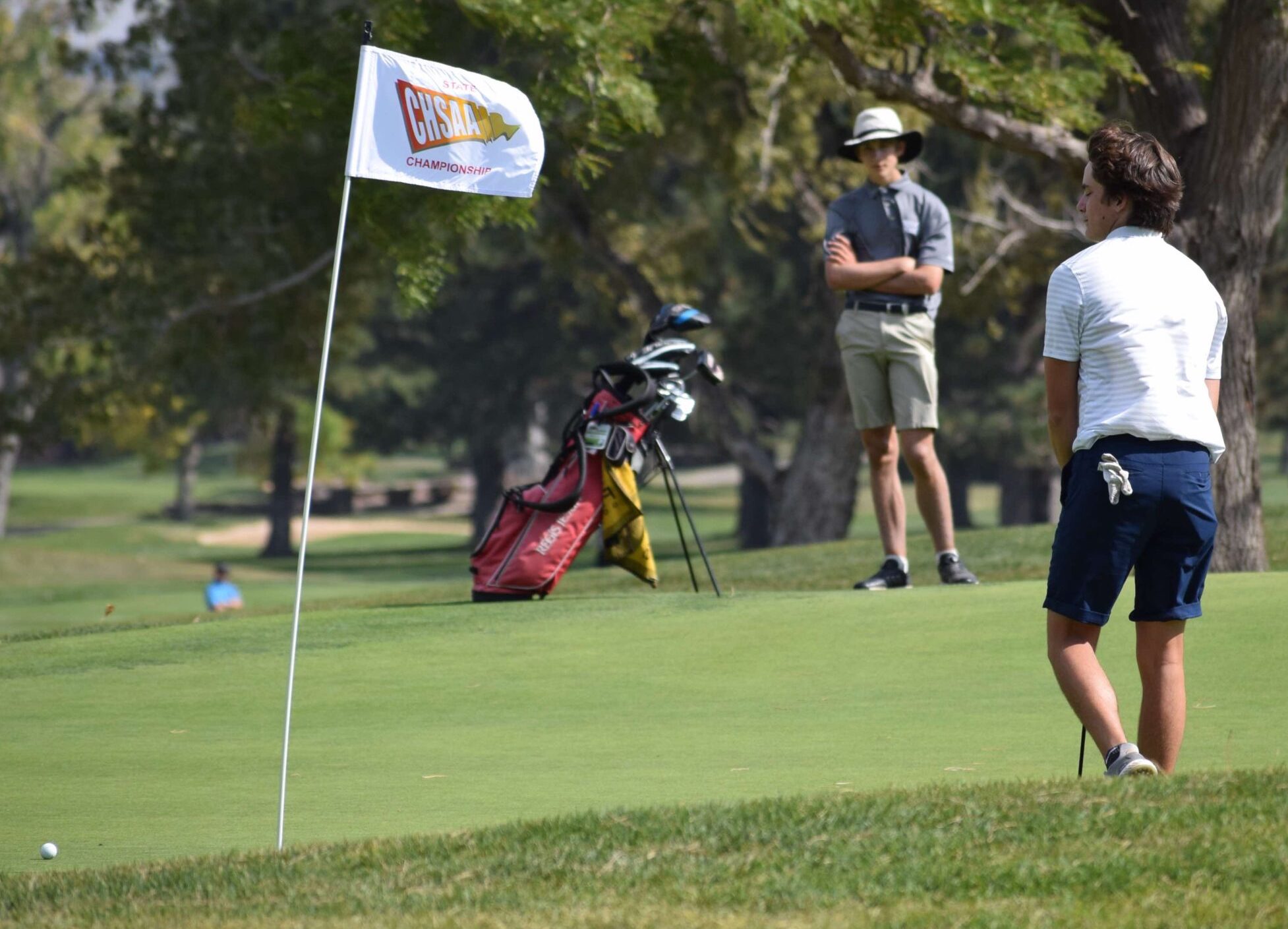 More than 250 players, including most of the best male junior golfers in Colorado, will tee it up Monday and Tuesday at the three boys state high school tournaments.

But at least one of the top junior golfers in the state — some might say the best, based on his record over the last two years — won’t be competing, even though he’s a senior at Northfield High School and has verbally committed to playing college golf at the University of Colorado starting next fall.

That would be Hunter Swanson, the Junior Golf Alliance of Colorado’s Boys Player of the Year for 2020, who once again leads the JGAC Tour Boys Points List in 2021. This year, he’s qualified for the U.S. Junior Amateur, arguably the most prestigious boys junior championship in the world, and finished 51st in another top-level international tournament, the IMG Academy Junior World Championships.

But a case of bad timing will leave Swanson on outside looking in when the 4A state tournament takes place. That’s because the regional state qualifying tournament involving Northfield took place on Sept. 21 in Montrose, and that conflicted with plans for last week’s PURE Insurance Championship on PGA Tour Champions, where Swanson had earned a chance to play with two-time U.S. Open champion Retief Goosen in the pro-junior competition at Pebble Beach Golf Links and Spyglass Hill Golf Course.

Eighty-one First Tee members, including Swanson and Kyle Leydon from The First Tee of Green Valley Ranch, were selected for the PURE Insurance Championship “based on their understanding and application of the values and life skills learned through First Tee’s programs, as well as their playing ability.”

Swanson, who partnered with New Zealand golfer Steven Alker for the third round after Goosen missed the 36-hole professional cut, ended up tying for fifth in the pro-junior portion of the event and was second overall among the boys.

“We tried to come up with a solution (for the schedule conflict), but not all parties agreed,” Swanson said in response to an email query from ColoradoGolf.org. “It was very unfortunate and hard to take in, but Pebble Beach was a once in a lifetime opportunity and I was not going to give that up.”

For the record, Swanson has posted three top-six finishes at the 4A state high school tournament, placing sixth as a freshman, second in 2019 and sixth last year.

Meanwhile, Leydon’s regional fell on Sept. 20 and the Brighton golfer qualified for the 5A state meet by tying for first at the 5A Northern tournament at Coal Creek Golf Course before departing for Pebble Beach.

Next week’s 36-hole state high school meets are set for Colorado Springs Country Club (5A), City Park Golf Course in Denver (4A) and Spring Valley Golf Club in Elizabeth (3A).

Two former individual champions will be competing on Monday and Tuesday. Nic Pevny of Aspen will defend his title in 3A — he also placed fourth in the 2019 state meet — while Will Kates of Arapahoe won the 5A crown in 2019.

Here’s a brief preview of each of the state tournaments, followed by a look at the team and individual winners from all of the regional state qualifying meets held last month:

— CLASS 5A AT COLORADO SPRINGS COUNTRY CLUB: Three players who competed in the 2021 U.S. Junior Amateur — Matthew Wilkinson of Arapahoe, Wes Erling of Pine Creek and Jonathan Trigg of Cherry Creek — are in the field for the 5A state meet.

This year, Wilkinson won his second Junior Golf Alliance of Colorado major as he defeated Swanson in a playoff at the Colorado Junior PGA Championship. He represented Colorado on the Junior America’s Cup team in 2021 — as did Swanson. Meanwhile, Erling finished fourth last year in the 5A state tournament.

Kates, the 2019 state champion and an Arapahoe teammate of Wilkinson, shot the lowest score at a 5A regional state qualifier, firing a 4-under-par 68 at Spring Valley.

Also in the field is Matai Naqica of Columbine, who last month qualified for the 2022 Drive, Chip & Putt National Finals.

Valor Christian won the 2020 state team title but won’t defend as it didn’t qualify a full squad this year. Arapahoe, runner-up the last two years, and Highlands Ranch each shot 2 under par as a team at regionals and are among the team favorites this year.

— CLASS 4A AT CITY PARK GOLF COURSE IN DENVER: With no Swanson in the field, three top-10 finishers from 2020 are back in 2021. And two of those three have placed in the top 10 at least twice at state.

Jake Chesler of Frederick hasn’t ever been out of the top 10 at a state high school tournament in which he competed, going seventh as a freshman, 10th as a sophomore and fourth as a junior. Meanwhile, Traejan Andrews of Northridge was fourth three years ago and ninth last year.

And Carter Surofchek of Cheyenne Mountain finished sixth in 2020.

Speaking of Cheyenne Mountain, it will defend its team title after winning its 4A Region 2 tournament at the Country Club of Colorado. Also competing as a team will be Region 4 champ Montrose, which has finished first, first and third in the last three 4A state tournaments.

City Park Golf Course will host the 4A meet immediately after the CGA Mid-Amateur concludes on Sunday. City Park was also the site of the girls 5A state tournament in June.

— CLASS 3A AT SPRING VALLEY RANCH GOLF CLUB IN ELIZABETH: The field for the 3A state tournament will be formidable, with each of the top four finishers from the 2020 state meet returning, plus three other top-10 performers.

Aspen’s Pevny, who placed fourth at state in 2019 before winning the 3A championship last year, will be back to defend his individual title. Thayer Plewe of Montezuma Cortez, part of a stellar family of golfers, returns after placing second last year. Connor Downey of Vail Christian (third in 2020) and Tayleb Schaefer of Sterling (fourth each of the last two years) also are back, as are J.T. Timmer’s of Colorado Academy (sixth in 2020), Stewie Bruce of Vail Mountain (10th) and Garrett Exelbert of Basalt (10th).

Pevny carded the lowest regional state qualifying score in 3A — a 3-under-par 69 at Conquistador Golf Course.

For Monday tee times, click on the following: CLASS 5A, CLASS 4A, CLASS 3A.

Here are the team and individual regional tournament winners for 2021:

5A Northern at Coal Creek GC

5A Southern at Spring Valley GC

5A Central at Overland Park GC

5A Western at Thorncreek GC

4A Region 1 at Walking Stick GC

4A Region 2 at CC of Colorado

4A Region 3 at Highland Hills GC

4A Region 4 at Links at Cobble Creek

3A Region 1 at Cattails GC

3A Region 2 at Murphy Creek GC

3A Region 3 at Collindale GC

3A Regional 4 at Conquistador GC