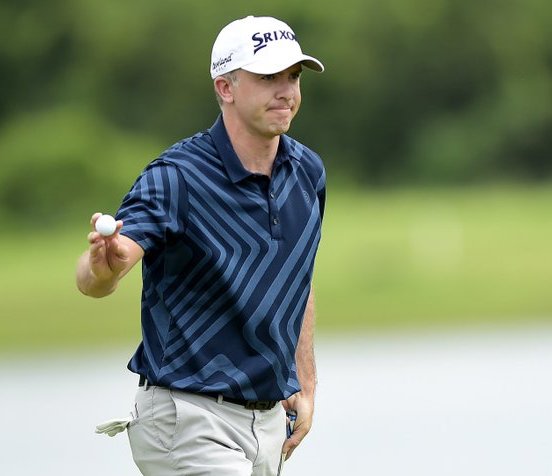 Despite abbreviated schedule, 2020 has been best year since 2013 collectively for local major tour players, with wins by Laird, Bertsch being the top highlights

The Mayakoba Golf Classic, set for Thursday through Sunday in Mexico, marks the final official PGA Tour event of 2020 — and the latest in a calendar year since 1971 that an official tournament on Tour has been conducted.

The LPGA Tour won’t hold its final competition of 2020 — the CME Group Tour Championship — until Dec. 17-20. But many other top tours around the world have already put a wrap on the year, including PGA Tour Champions, the Korn Ferry Tour, Ladies European Tour and the Symetra Tour.

That makes this a fitting time to look back on how players with strong Colorado connections have fared at the highest levels of golf in 2020.

A very good case could be made that, despite the 2020 tour schedules being significantly curtailed by Covid-19 safety concerns, this marks the biggest year, victory-wise, for locals since 2013.

Here are a few of the biggest highlights for players with close Colorado ties competing on the world’s top tours:

— Martin Laird not only moved to the Denver area in 2020, but just a matter of months later he won his first PGA Tour title in 7 1/2 years. The 37-year-old Scotsman prevailed in October in the Shriners Hospitals for Children Open, earning the fourth victory in his PGA Tour career. It was his second win in Las Vegas, where he also claimed a title in 2009. This time, he won in a three-man playoff, sinking a 23-foot birdie putt on the second extra hole. Laird was in the field as a sponsor exemption after having recorded just one top-10 in the previous 14 months and undergoing knee surgery in June. From the time the PGA Tour shut down due to Covid-19 in mid-March until now, Laird has gone from being ranked 323rd in the world to No. 89.

— Parker resident Shane Bertsch pulled off an improbable victory in August on PGA Tour Champions. Competing in just his second Champions event ever, Bertsch took down one of the top senior players of all time, World Golf Hall of Famer Bernhard Langer, along with Kenny Perry and Glen Day, in a playoff to claim the title in the Charles Schwab Series at Bass Pro Shops Big Cedar Lodge. Bertsch, a past winner of the Colorado Open who never earned a title on the PGA Tour, prevailed with an exclamation point, sinking a 15-foot eagle putt on the first hole of a playoff. “I’ve always had a hard time saying what my most special moment in golf is, but without a doubt it was that putt on the first playoff hole,” said Bertsch, who earned his Champions card by claiming medalist honors in Q-school a year ago.

— Denver native Wyndham Clark, who won a CGA Amateur and a Pac-12 Conference individual title at Boulder Country Club, came ever so close to landing his first PGA Tour victory early last month — one that would have come with a two-year Tour exemption and berths in the 2021 Masters and PGA Championship. But after leading for much of the final round of the Bermuda Championship, Clark had to settle for second place after Brian Gay birdied the 18th hole in regulation and in a playoff to prevail. Clark, a Valor Christian graduate, shot a 65 that Sunday, but missed birdie tries of 10 feet and 7 feet on that same 18th hole.

— Another Colorado-born player, Jennifer Kupcho, likewise posted a second-place finish, in her case matching her best showing ever on the LPGA Tour. In early October at the Shoprite LPGA Classic in New Jersey, the Jefferson Academy graduate made a run at the title but fell two short of champion Mel Reid, who earned her first LPGA Tour event. Kupcho, who won for the first time as a pro at the CoBank Colorado Women’s Open in June, went 65-65-68 the final three rounds in New Jersey. The next week, Kupcho finished seventh at an LPGA major, the KPMG Women’s PGA Championship.

All told, here are the top-10 finishes by locals on major world tours in 2020: