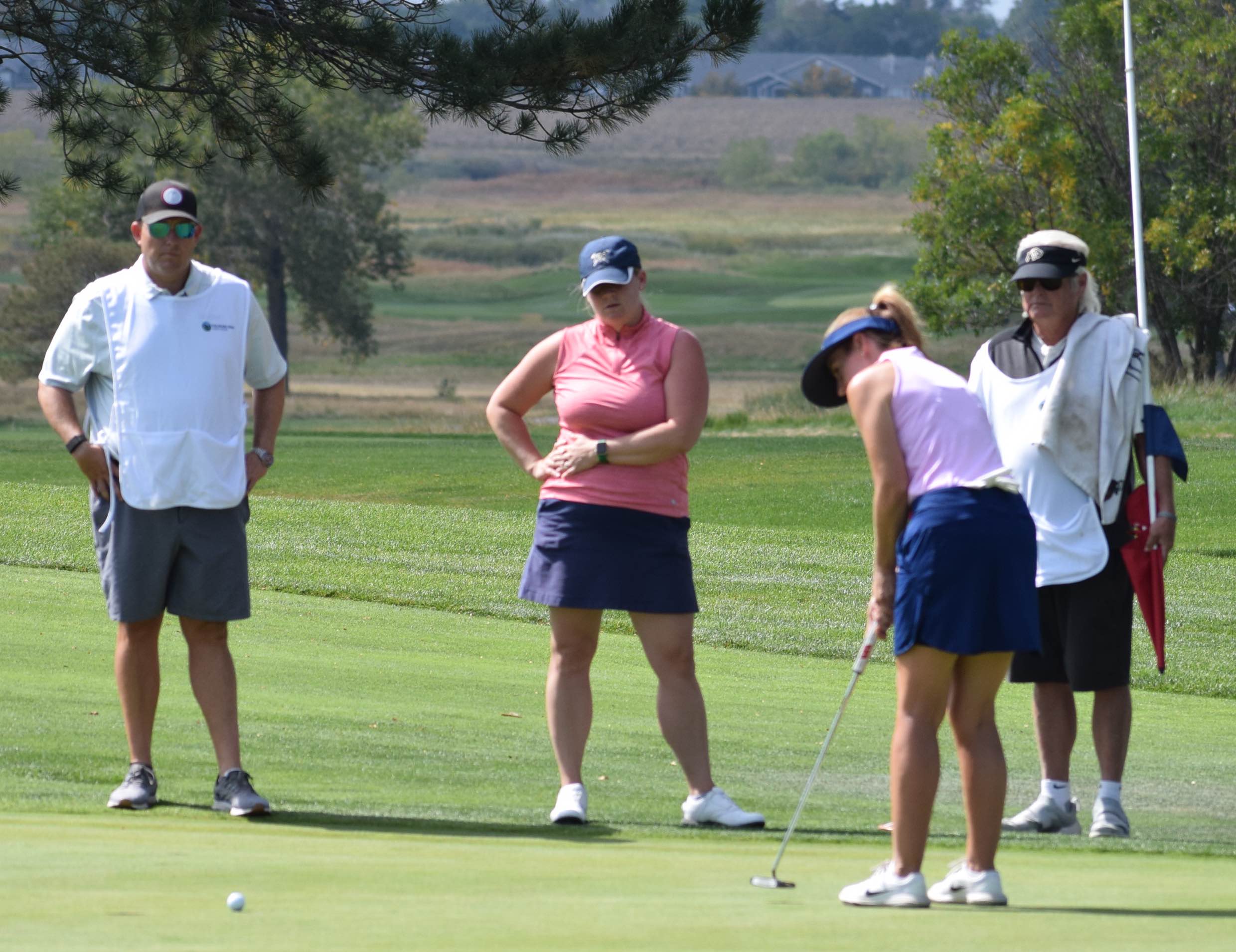 Shelly Edwards (putting) and Erin Houtsma (in coral-colored shirt) closed with a 74 on Sunday in Texas.

The Colorado duo of Erin Houtsma of Denver and Shelly Edwards of Boulder improved by four strokes on Sunday compared to round 1, but still fell short of advancing to match play at the U.S. Women’s Amateur Four-Ball in Carrollton, Texas.

The Coloradans, who made it into the national field after being second alternates in qualifying last September at CommonGround Golf Course, finished 51stout of 64 teams in Texas. The top 32 squads made match play, which will start on Monday.

Houtsma, the 2005 Colorado Women’s Open champion and 2020 CGA Women’s Match Play runner-up, and Edwards, a former University of New Mexico golfer, posted a 2-over-par 74 on Sunday in the better-ball event. That left the third-oldest team in the field at 8-over 152, 14 strokes behind the three squads that shared medalist honors. The five teams at 148 tied for 32nd place and are playing off for the final berth into match play.

A day after carding three birdies and nine bogeys in round 1, the Coloradans were more steady on Sunday, posting one birdie and three bogeys. For the second consecutive days, the two fortysomething teammates were even-par through the first eight holes of the round.

A player on one of the medalist-winning teams, Alexa Pano of Lake Worth, Fla., is scheduled to be in the field for U.S. Women’s Open qualifying at The Ranch Country Club in Westminster on May 10.

For all the scores from the U.S. Women’s Four-Ball, CLICK HERE.