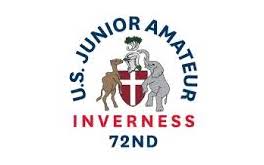 Hale Irwin won the second of his three U.S. Opens 40 years ago at Inverness Club in Toledo, Ohio. But no one who likewise grew up in Colorado will enjoy similar success at the course at this week’s U.S. Junior Amateur.

The two Coloradans who competed at the Junior Am fell short of finishing in the top 64 after the two rounds of stroke play, which concluded on Tuesday. That means they failed to advance to the match-play portion of the event, which begins on Wednesday.

Dillon Stewart of Fort Collins posted rounds of 80-76 for a 14-over-par 156 total, which left him tied for 102nd place in his second U.S. Junior Am appearance. And University of Northern Colorado golfer Jack Castiglia of Lakewood likewise went 80-76 after making birdie on his final hole.

A score of 150 or better was necessary to earn a berth in match play. Co-medalist honors went to three players at 4-under-par 138: William Moll of Houston, William Mouw of Chino, Calif., and Ricky Castillo or Yorba Linda, Calif.

Stewart, winner of the first two Junior Golf Alliance of Colorado majors of 2019 and soon to join the Oklahoma State golf team, carded four birdies, four bogeys, a double bogey and a triple bogey on Tuesday.

Castiglia, the 2018 Colorado Junior Match Play champion, recorded a birdie, four bogeys and a double bogey in round 2.

For all the scores from the U.S. Junior Am, CLICK HERE.