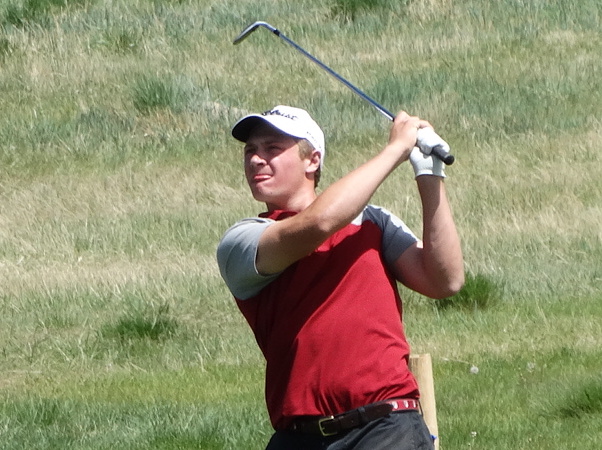 Co-medalist Jackson Solem of The Fox Hill Club and the University of Denver defeated two former champions — Steve Irwin and Brian Dorfman — on Wednesday to advance to the quarterfinals of the 119th CGA Match Play Championship at The Club at Rolling Hills in Golden.

Meanwhile, Jon Lindstrom of Lakewood Country Club ousted the other co-medalist, Davis Bryant of Green Valley Ranch Golf Club, in the round of 16 after beating reigning CGA Mid-Amateur champion Jared Reid in the round of 32. Both were 1-up victories.

The result is that Thursday’s morning quarterfinals will feature of matchup of DU teammates Solem (pictured) and McCoy, Marley facing fourth-seeded Tyler Zhang of Lone Tree Golf Club, Lindstrom meeting Josh McLaughlin of the Olde Course at Loveland, and Pearson squaring off with Castiglia.

The winners of those matches will compete in the semifinals on Thursday afternoon. Then the finalists will play for the title in a scheduled 36-hole match on Friday.