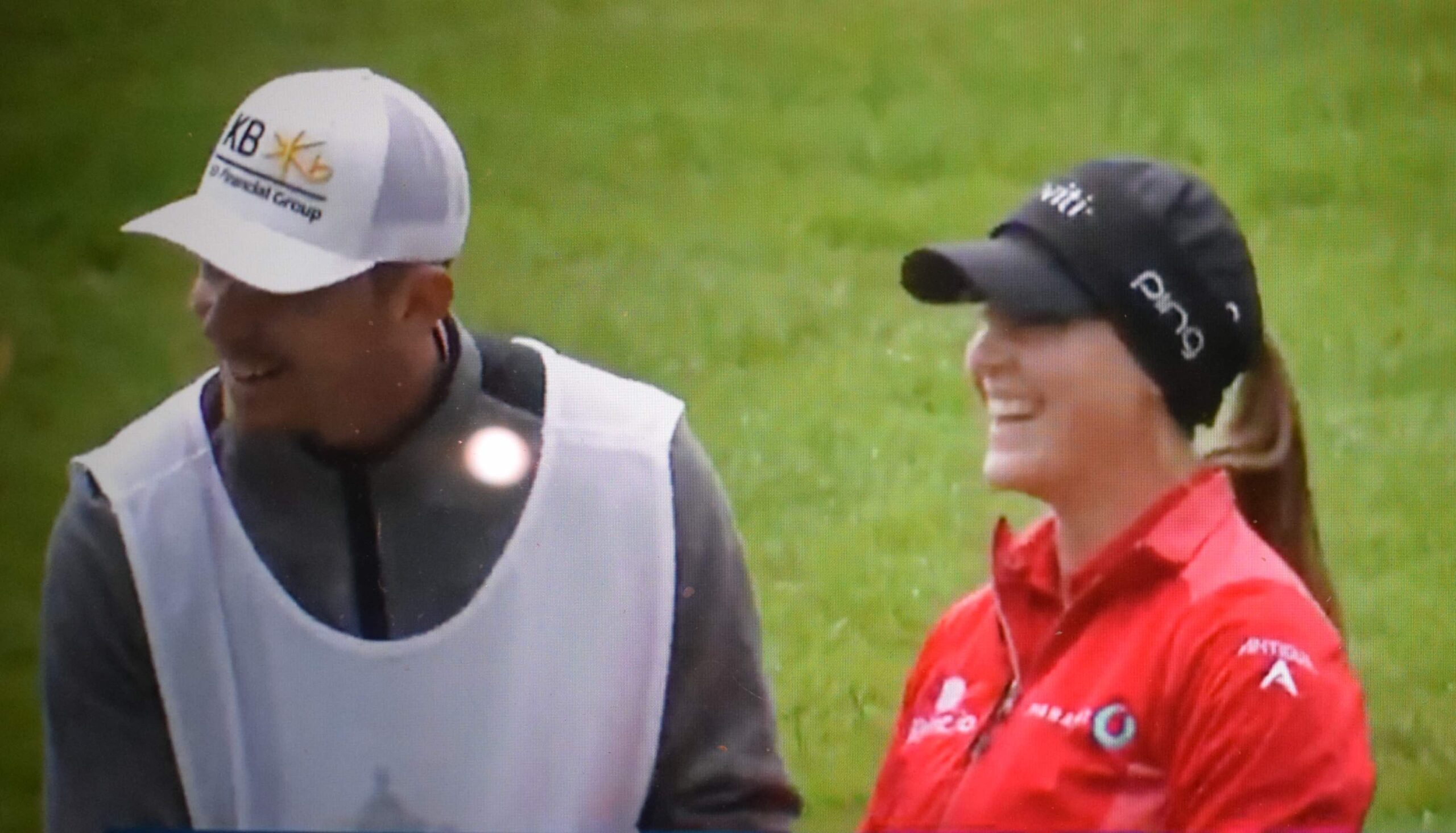 Jennifer Kupcho reacts to her hole-in-one on Friday.

Now that’s what you call kick-starting a round.

Colorado native Jennifer Kupcho was struggling through 11 holes of Friday’s second round of the U.S. Women’s Open in San Francisco.

After firing a first-round 1-under-par 70 on Thursday, she was 6 over par through the first 11 holes of round 2 at The Olympic Club. If the former longtime Westminster resident didn’t right the ship, she was in danger of not being around for the weekend.

But did the 2020 CoBank Colorado Women’s Open champ ever turn things on a dime. On the 134-yard 13th hole, she hit her tee shot with a 9-iron to the front of the green, the ball spun left and rolled into the hole. It was just the second hole-in-one of Kupcho’s lifetime.

As you might imagine, it brightened her mood considerably. And to make things even better, she birdied her next hole, as well as No. 16.

When all was said and done, Kupcho had salvaged a round of 2-over-par 73 and remained in the top 20 halfway through the championship (tied for 16th, to be exact).

In her fifth U.S. Women’s Open appearance, Kupcho is in position for her best showing in the event. She finished 21st as an amateur in 2017.

Yuka Saso of the Philippines leads after Friday at 6-under-par 136.

Meanwhile, also among those making the 36-hole cut on Friday was former University of Colorado golfer Jenny Coleman. Coleman, who has posted two top-10s on the LPGA Tour in the last three months, carded back-to-back 2-over-par 73s and shares 36th place going into Saturday.

It’s the first time in two U.S. Women’s Open appearances that Coleman has made the cut.

On Friday, Coleman made 16 pars and two bogeys.

Likewise advancing to round 3 was Matilda Castren, who qualified for the USWO from The Ranch Country Club last month. Castren (74-71) shares 28th place.

Amateur Leigha Devine of Windsor, making her U.S. Women’s Open debut, missed the cut after scores of 86-78. In round 2, The Rutgers golfer made two birdies, seven bogeys and a double bogey.