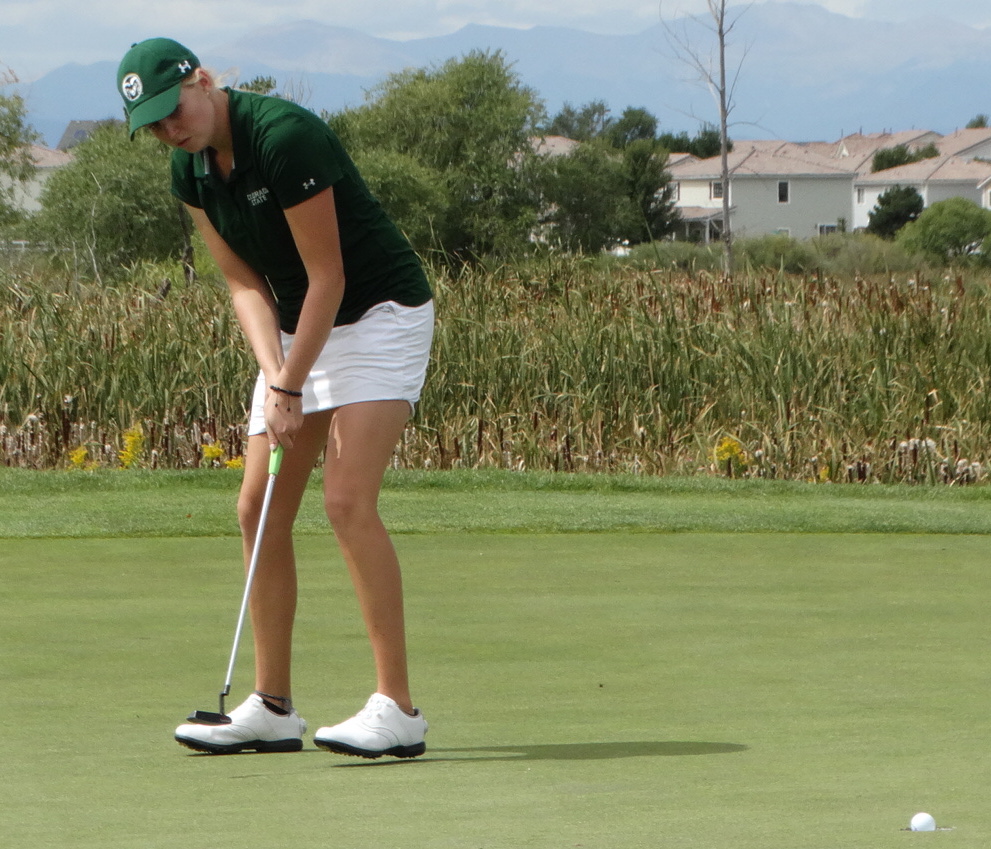 Colorado State University senior Katrina Prendergast is down to the final few tournaments of her college career, and based on Saturday’s last round of the Hawkeye El Tigre Invitational in Puerto Vallarta, Mexico, she’s determined to go out on a high note.

Prendergast, who paired with teammate Ellen Secor to win the 2018 U.S. Women’s Amateur Four-Ball title before finishing second in the CoBank Colorado Women’s Open, tied for fifth place individually out of a 67-player field on Saturday.

After posting scores of 75-75 the first two days of the event, Prendergast (pictured) fired a 4-under-par 68 — the second-best on Saturday — to check in with a 2-over-par 218 total. That left her 11 strokes behind champion Bianca Pagdanganan of Arizona.

In Saturday’s final round, Prendergast made an eagle, five birdies and three bogeys. She was 6 under par for the day through 12 holes, but played her last six holes in 2 over.

It marked the eighth top-five finish of Prendergast’s college career and her second this season. In her last two tournament, she’s placed 10th and fifth.

As a team, CSU finished ninth in the 12-team field.