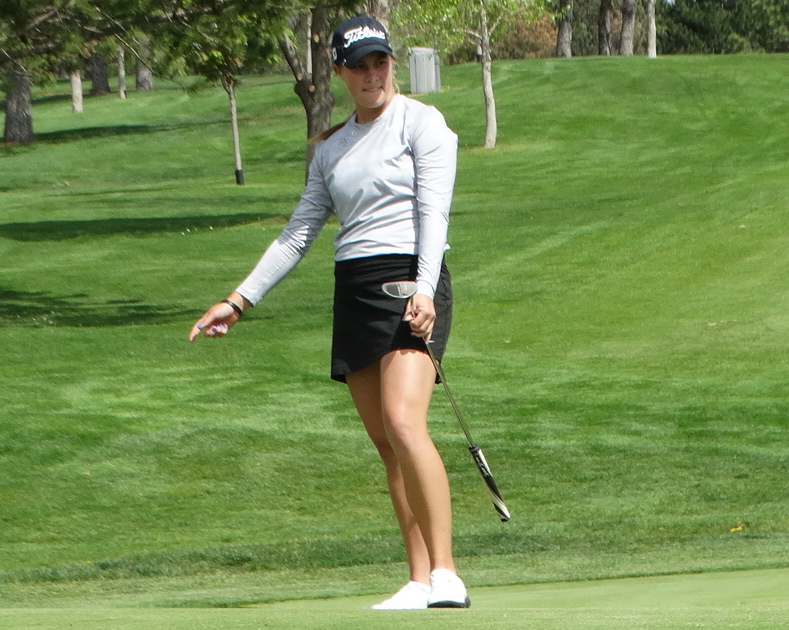 Jennifer Kupcho has roughly six months left in her amateur career — barring the unforeseen — and she hopes to add a few more major accomplishments to her golf resume before she starts playing for prize money on the LPGA Tour.

But in at least one regard, the Westminster resident figures to go out on top.

This week, digital golf news magazine Global Golf Post published its All-Amateur Teams for the sixth time, with the accompanying amateur player of the year announcements. And, in what should be a surprise to no one, Kupcho (left) was named the world’s female Amateur of the Year as 2017 U.S. Mid-Amateur champion Matt Parziale received the honor on the male side.

The selection of Kupcho, who’s in the midst of her senior year at Wake Forest, couldn’t have been a particularly difficult one. While she currently sits No. 2 in the Women’s World Amateur Golf Rankings — behind her U.S. Curtis Cup, Arnold Palmer Cup and World Amateur Team teammate Lilia Vu — Kupcho has been No. 1 15 weeks so far in 2018. And she was in the top spot at the time when the prestigious Mark H. McCormack Medal was awarded in August. She became the first American to win the women’s McCormack honor as the top female player in the WAGR as of the conclusion of the U.S. Women’s Amateur.

Here are some of the accomplishments that put Kupcho on top of the world, golf-wise:

— The 21-year-old won the women’s NCAA Division I individual title in May after placing sixth as a freshman and second as a sophomore. Kupcho is the first Colorado resident to win the prestigious individual championship on the women’s side.

— The three-time CWGA Player of the Year helped three U.S. national teams capture international team titles in 2018 — at the Curtis Cup, the Arnold Palmer Cup and the Women’s World Amateur Team Championship. In the latter event, Kupcho finished second individually out of a field of 170.

— Kupcho also was the runner-up — out of 102 players — in this fall’s final stage of LPGA Q-school, known as the Q-Series, an eight-round event played over the course of two weeks. She plans to finish her final season of college golf, then start her LPGA Tour career late in the spring.

— Also against a mostly-pro field, Kupcho placed an LPGA career-best 16th this year in the LPGA Marathon Classic.

— All told, Kupcho claimed three individual titles during the spring portion of the college schedule this year.

“Knowing the way she plays and the talent that she has, I think that now that she knows where she can play right after graduation will just free her up even more,” first-year Wake Forest coach Kim Lewellen told Global Golf Post. “Her dream is to play on the LPGA Tour and she knows that’s next after this spring.”

“It’s awesome to just be able to go back to school knowing that I have what I’m going to do after college already in the bank,” she said.

Kupcho wasn’t the only Coloradan mentioned on Global Golf Post’s All-Amateur Teams this year. Colorado Golf Hall of Famer Janet Moore was an honorable mention selection in the Women’s Mid-Amateur category, for players 25 and older. Ten women’s mid-ams were named to the first team and five each to the second team and honorable mention.

And part-time Gunnison resident Marilyn Hardy earned an honorable mention spot on the Women’s Senior Amateur team, which is limited to players 50 and older. Eleven first-teamers were included, along with five second-teamers and eight honorable mention picks. (Hardy and Moore are pictured, with Hardy at left.)

Moore, a five-time winner of the CGA Women’s Stroke Play in the 1990s, qualified for three USGA national/international championships in 2018 — the inaugural U.S. Senior Women’s Open, the U.S. Women’s Mid-Amateur and the U.S. Senior Women’s Amateur. At the Mid-Am, she survived a playoff to make match play and advanced to the round of 32. And at the Senior Am, she also made it to the final 32. In CGA women’s championship action, Moore teamed with Eaton to win the CGA Women’s Brassie.

Hardy, who once made it as far as the semifinals of the U.S. Women’s Mid-Am, earned a spot in the round of 32 at that event this year. Then in the Senior Am, she advanced to the Sweet 16, where she lost to eventual champion Lara Tennant.

To view Global Golf Post’s entire list of top amateurs recognized this year, CLICK HERE. A total of 199 players from 24 countries were included on the magazine’s all-amateur teams in 2018.