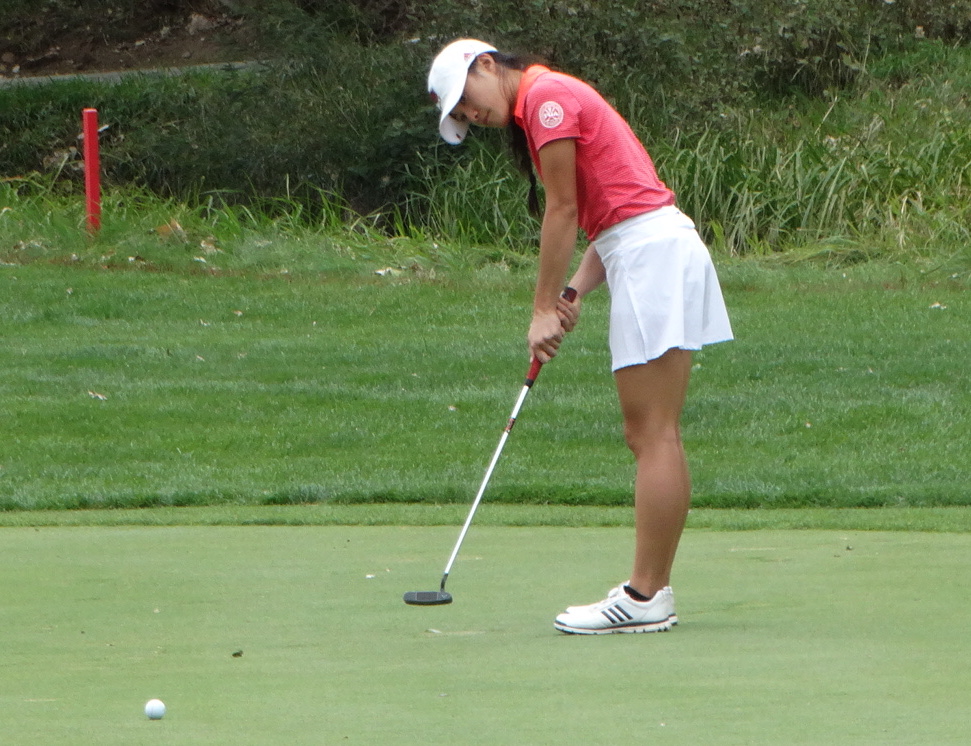 It’s getting to be a very enjoyable habit for Mary Weinstein.

Receiving player of the year awards is always a good sign, and the Highlands Ranch resident has done it with regularity in recent golf seasons.

That’s quite a four-year run of Colorado golf awards for the University of Denver junior.

“I’m so blessed to be named the CGA Women’s Player of the Year,” Weinstein (left) said in a recent text. “It is a dream come true, as I used to look up to legendary players like Becca Huffer (the 2008 CWGA Player of the Year who recently earned her LPGA Tour card, along with Kupcho) when I was a junior golfer and now I am humbled with this honor once again.

“I would like to thank the CGA for this award and all the laughs and smiles that the volunteers and staff bring me each tournament,” added Weinstein, who also expressed gratitude for the support of her parents, her coach Terry Stearman and the DU women’s golf program.

Also earning a CGA women’s POY honor for 2018 was Kristine Franklin of Colorado National Golf Club, who was named Senior Player of the Year. For the CGA men’s players of the year story, CLICK HERE.

Weinstein, who’s in her second year at DU after transferring from Regis, was a factor in most of the tournaments in which she competed in 2018. The 20-year-old finished second in the CGA Women’s Match Play, qualified for her second straight U.S. Women’s Amateur, placed fourth in the CGA Women’s Stroke Play and shot an 8-under-par 64 at a fall tournament for DU.

In the finals of the CGA Women’s Match Play, Weinstein was 2 under par for 33 holes at The Fox Hill Club, but fell to Texan Kennedy Swann 5 and 3. That marked the Coloradan’s fourth straight top-four finish in a CGA women’s major championship. She’s placed fourth at each of the last two CGA Women’s Stroke Plays and lost in the semifinals last year in the Match Play.

In Colorado-based qualifying for the U.S. Women’s Amateur, Weinstein prevailed in a three-way playoff for the fourth and final national berth. She made a 40-foot birdie putt on the second extra to extend the playoff, then two-putted for par on the third playoff hole to advance.

But Weinstein said the thing of which she’s most proud, tournament-wise, in 2018 was the final-round 64 she shot at the Fazio Course at Red Sky Golf Club in Wolcott to place third in the Golfweek Conference Challenge. That score set a single-round program record for the DU women’s team, which finished third that week, and helped Weinstein post her best individual showing since joining the Pioneers. The 64 was a personal-best for Weinstein.

“Nothing could beat the excitement I felt when I made the eagle putt on my last hole to shoot 64,” she said.

Weinstein posted another top-five individual college finish in the spring, when he placed fourth in the Summit League Championship.

Elsewhere in 2018, Weinstein tied for 17th place in the CoBank Colorado Women’s Open, which was the fourth-best showing among amateurs.

A former touring pro in Japan, Franklin (left) defeated five-time champion Kim Eaton, a Colorado Golf Hall of Famer, on the first hole of a playoff to win the Senior Stroke Play at Greeley Country Club, where Eaton won the same title by 16 strokes in 2012. Franklin joined Jill Gaschler (2015) as the only players who have beaten Eaton in a CGA Women’s Senior Stroke Play. Eaton is a four-time quarterfinalist in the U.S. Senior Women’s Amateur. Franklin dedicated the Senior Stroke Play victory to her dad, longtime high school golf coach George Hoos, who was battling leukemia at the time and who passed away a little more than a month later.

Franklin also finished second in the other CGA women’s senior major championship of 2018, the Match Play. In the finals there, she went to extra holes with Tiffany Maurycy of Denver, who prevailed on the 20th hole with a 15-foot birdie.

Also in 2018, Franklin qualified for her second straight U.S. Senior Women’s Amateur, this time by placing second in a qualifier in Colorado Springs. At the national championship, she was in a playoff for the final berth into the match-play portion of the event, but failed to advance.

In addition this year, Franklin and partner Lara Tennant of Portland, Ore., tied for second place in the Women’s Trans National Senior Four-Ball, and Franklin placed 10th in the North/South Senior Women’s Am at Pinehurst in North Carolina.

Franklin is the wife of University of Colorado women’s golf assistant coach Brent Franklin; the mother of Walker Franklin, one of the top junior players in the state; and the brother of former University of Denver men’s golf head coach Eric Hoos. This fall, Kristine Franklin served as an assistant coach at Prospect Ridge Academy, where Walker Franklin plays and where Eric is the head coach.