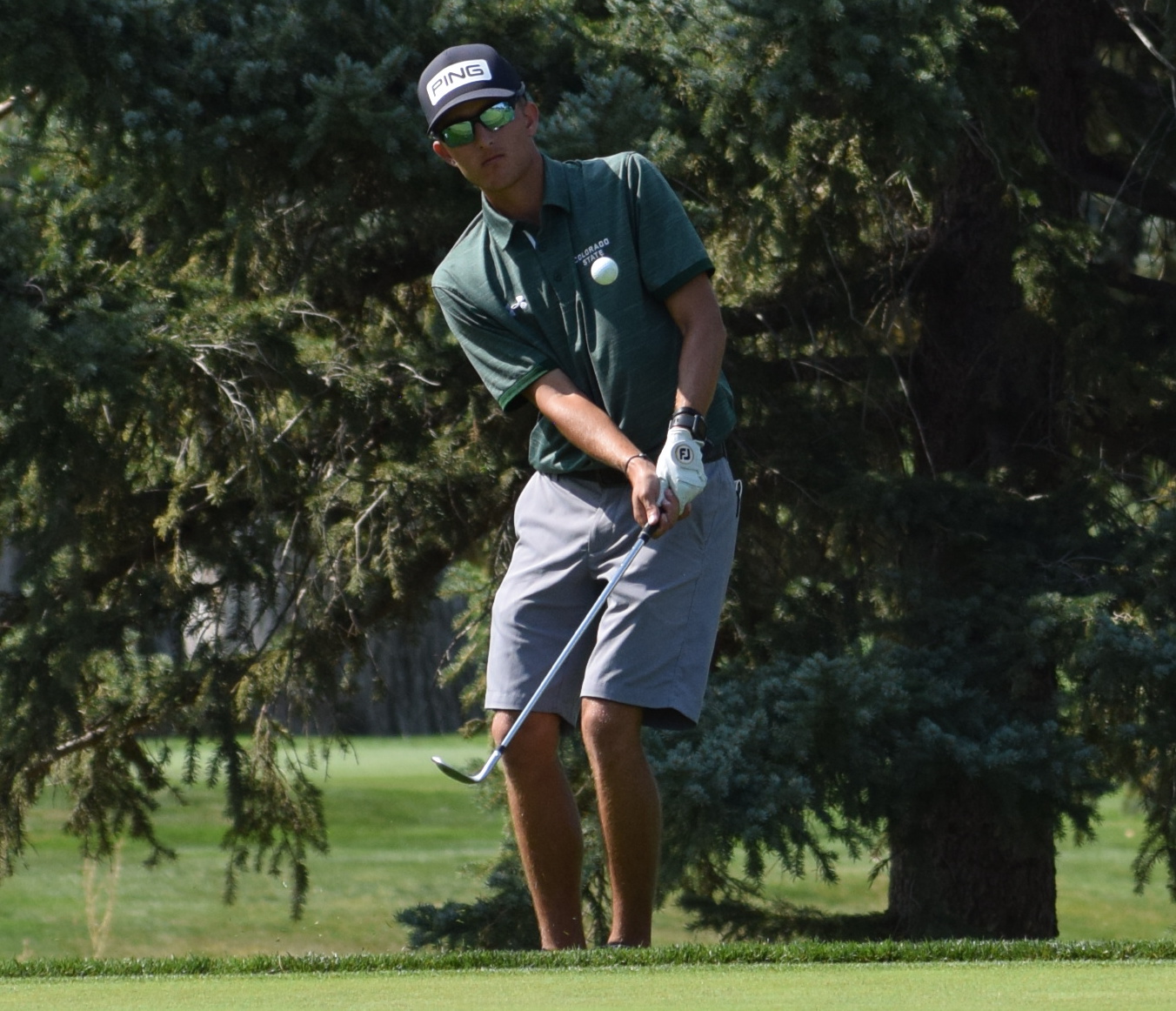 CSU's Davis Bryant was 5 under par for his first 12 holes on Saturday.

Davis Bryant of Aurora placed a season-best fifth on Saturday — one stroke behind the top finishers — as his Colorado State University team wrapped up the Mountain West Conference Championship in Tucson, Ariz.

Bryant, a former Player of the Year for both the CGA and the Junior Golf Alliance of Colorado, made a bid for his first official individual college title as he was 5 under par for the day through 12 holes on Saturday. But a double bogey on No. 13 and bogey on 18 foiled his run.

As it turned out, the CSU sophomore closed with a 2-under-par 70 after a day which included five birdies, one bogey and one double bogey. Bryant finished at 6-under 210 at Omni Tucson National to end up one shot out of a playoff won by San Diego State’s Puwit Anupansuebsai.

The showing was the seventh individual top-10 finish of Bryant’s college career.

CSU placed sixth out of 11 schools in the team standings, posting a 6-under-par total on Saturday to check in at even par for 54 holes, 19 strokes behind champion New Mexico, which beat Nevada in a playoff. Former CGA Player of the Year AJ Ott of CSU joined Bryant in the top 20 individually, tying for 17th at 2-under 214.

The Air Force Academy ended up 11th as a team at 44 over. Senior Kyle Spencer, who closed with a 69 for a 2-over total, led the Falcons by placing 26th.

For all the scores from the MWC tournament, CLICK HERE.