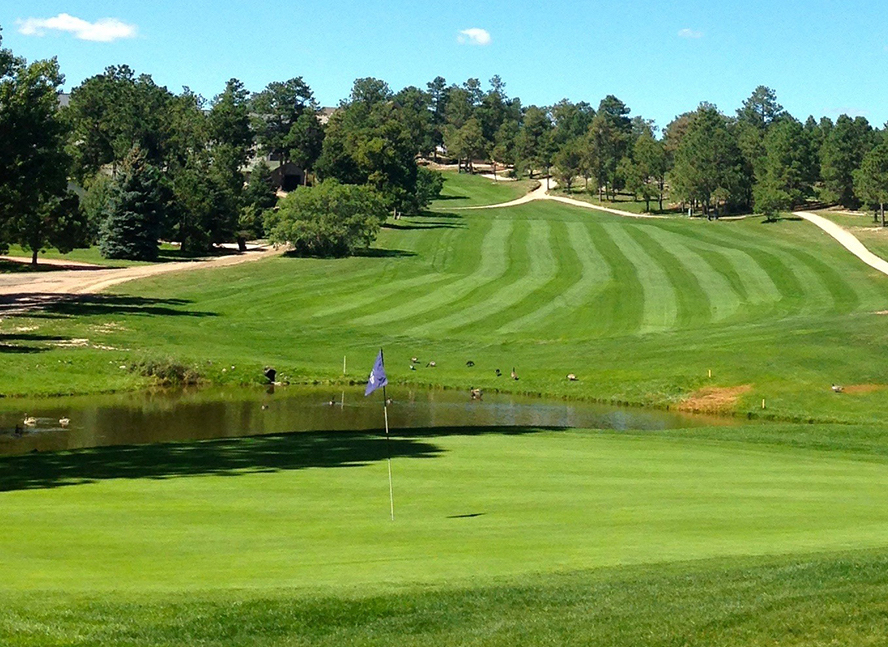 The favorites — at least according to seedings — have gone 6-for-6 in their matches in the championship flight of the CGA Women’s Mashie tournament this week.

Franklin and Hughes advanced with a 5-and-4 semifinal victory Wednesday at the Country Club at Woodmoor (pictured) over Kathy Malpass of Hiwan Golf Club and Marybeth Clippinger of South Suburban Golf Course.

And Maurycy and Schaefer punched their ticket to the final by defeating Sloane Post and eight-time Mashie champion — and Colorado Golf Hall of Famer — Janet Moore of Cherry Hills Country Club, 1 up.

Moore and Post never led, but they were all square through 14 holes. But Schaefer made birdie on the sixth hole (the 15th of the match), and the teams halved the final three holes, giving Schaefer and Maurycy the win. Maurycy won the CGA Women’s Senior Match Play last year.

In the other semi, Franklin and Hughes expanded a 1-up lead at the turn to 5 up by winning four out of five holes to start their back nine.

In all, there are 13 flights — championship through 12th — being contested this week in the Mashie. All matches on Thursday will take place at Perry Park.

For all the results from the CGA Women’s Mashie, CLICK HERE.