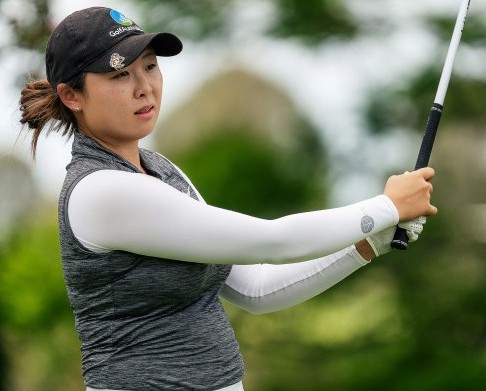 Apparently it took that down-home feel to get former University of Colorado golfer Robyn Choi her first top-10 finish on the LPGA Tour.

The 21-year-old, whose best showing in 14 previous starts on the top women’s tour in the world was a 36th place last year, tied for sixth place on Sunday in her home country of Australia, in the ISPS Handa Vic Open.

At the Vic Open near Melbourne, Choi shot rounds of 70-65-77-71 for a 6-under-par 283 total, which left her just two strokes out of a three-way playoff that was won by South Korean Hee Young Park on the fourth extra hole.

With her performance, Choi earned $33,050, more than three times the amount she had garnered in her 14 previous LPGA Tour events combined.

Choi, who played 2 1/2 seasons at CU before earning her LPGA Tour card for the 2019 season, birdied her final two holes on Sunday to notch the top-10. Overall for the final day, she carded an eagle (on the second hole), three birdies, two bogeys and a double bogey.

In a roller-coaster week in an event played on two courses in often very windy conditions, Choi recorded three eagles and 16 birdies to go along with 14 bogeys and one double bogey.

During her time spent in Colorado, Choi qualified for two U.S. Women’s Opens — in 2017 and 2018. Overall now, she’s made four cuts in 15 starts on the LPGA Tour in her young pro career.

For all the scores from the Vic Open, CLICK HERE.