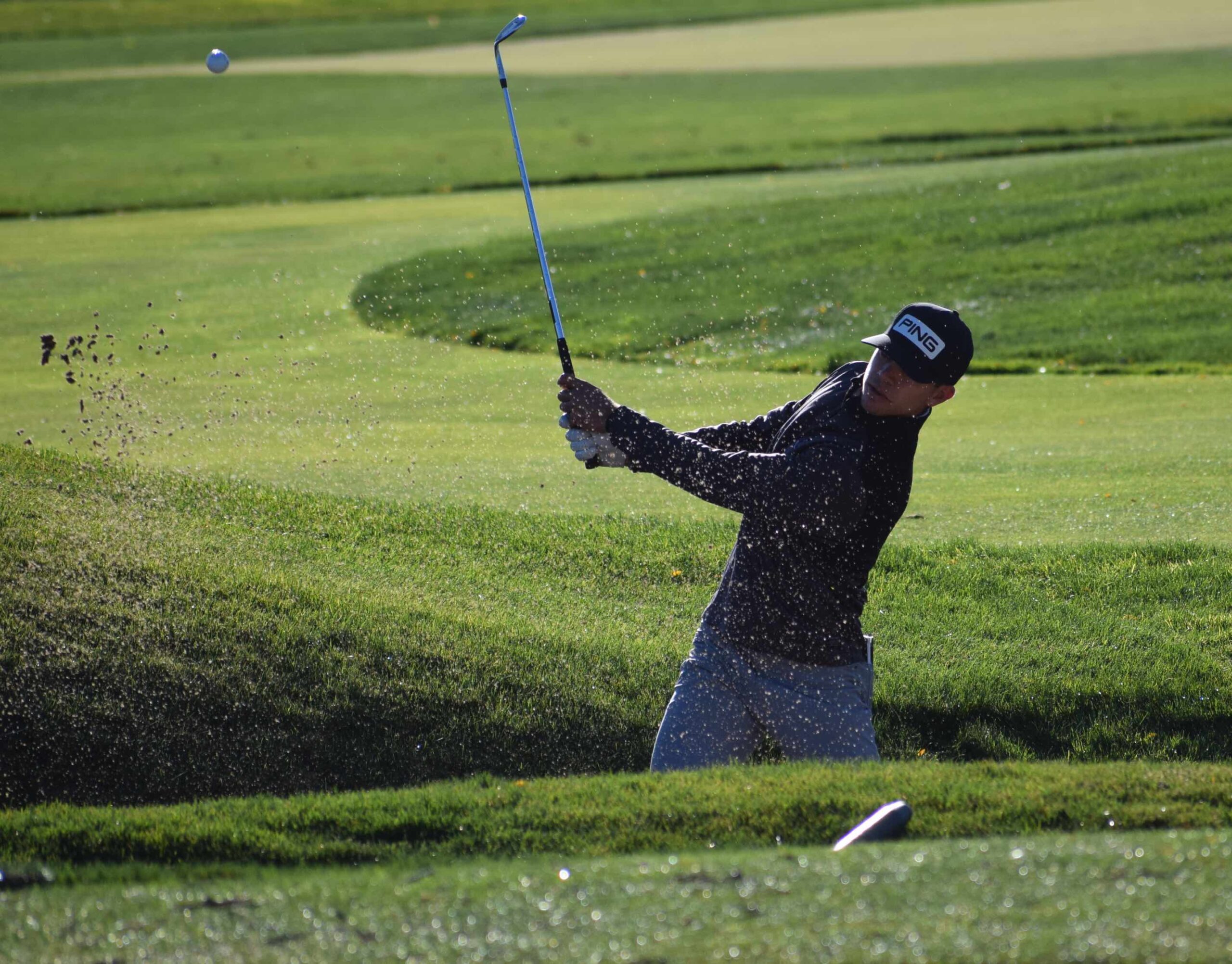 CSU senior AJ Ott recorded the 11th top-10 finish of his college career when he won on Wednesday.

AJ Ott only has three months or so left in his college golf career, so there was no time to waste in his quest for success at that level.

The Fort Collins resident and fifth-year senior at Colorado State University has had a strong college career, with 10 top-10 finishes going into this season. But, heading into this week’s season opener, he was still looking for his first individual victory in a college event.

He rectified that situation on Wednesday, however, by breaking the ice.

The 2019 Southern Amateur champion, 2018 CGA Player of the Year and 2020 CGA Fall Amateur winner shot a 5-under-par 67 in the final round of The Prestige Individual Invitational. Then he claimed the title with a 5-foot birdie putt on the first hole of a playoff with Pepperdine’s Derek Hitchner, who had birdied the final hole of regulation.

The two finished at 12-under-par 204 to end up atop the standings in the 45-man event at Coral Mountain Golf Club in La Quinta, Calif.

Ott grabbed a three-stroke lead following consecutive birdies on holes 14, 15 and 16. But two birdies by Hitchner in the final three holes and Ott’s lone bogey of the day at No. 17 left the two in a playoff, where the Coloradan prevailed.

Ott’s previous best individual finish in a college tournament had been a runner-up at the 2019 Ram Masters Invitational in Fort Collins. This week, he went 69-68-67 and made an eagle and 17 birdies over the three rounds, including the playoff.

And Ott certainly wasn’t the only CSU golfer to post an impressive finish in the season opener. Also placing in the top 10 were Cullen Plousha and Davis Bryant. Plousha (71-68-68—207) finished a career-best third, while Bryant, the 2019 CGA Player of the Year from Aurora, ended up seventh at 210 after carding scores of 69-70-71.

Also placing in the top 15 were University of Colorado redshirt freshman Canon Olkowski and Fort Collins resident Dillon Stewart, a second-year freshman at Oklahoma State, who tied for 14th place at 214.

For all the results from The Prestige Individual Invitational, CLICK HERE.

Other highlights this week for Colorado-based Division I college golf:

— In the separate Prestige team competition held at the nearby Greg Norman Course at PGA West, CU finished 20th and the University of Denver 22nd out of 24 schools in LaQuinta.

For all the scores from The Prestige team competition, CLICK HERE.

— CU senior Kirsty Hodgkins, the 2020 CGA Women’s Player of the Year, finished 10th individually — out of a 54-player field — on Wednesday at the Sun Devil Winter Classic in Scottsdale, Ariz.

As a team, the Buffs placed sixth in the 10-school field. They ended up at 31 over par for three days, 37 shots back of champion Southern California.

For all the results of the Sun Devil Winter Classic, CLICK HERE.