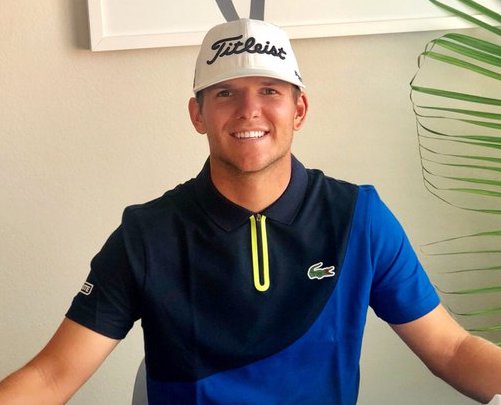 A week after finishing third at a SwingThought tournament, former University of Colorado golfer Yannik Paul broke through for a mini-tour victory on Friday in Litchfield Park, Ariz.

Paul, winner of the Arizona Open last year, came out on top in while competing in a field of 121 players in the Outlaw Tour’s Mackenzie Q-School Prep tournament.

Paul posted scores of 66-71-67 for a 12-under-par total of 204, which was good for a one-stroke victory over former CoBank Colorado Open champion Sam Saunders, who closed with a 71 after taking a double-bogey 7 on No. 14 on Friday.

For the week, Paul carded 17 birdies, three bogeys and a double bogey. He earned $11,000 for the victory.

For all the scores from Litchfield Park, CLICK HERE.

Elsewhere this week in Q-school events and mini tours:

Markham, a former Colorado School of Mines golfer, tied for sixth place out of a field of 106th. Staiano, the 2017 CGA Player of the Year who played his college golf at Colorado State, shared eighth place. And fellow former CSU golfer Blake Cannon tied for 15th place.

Markham, who finished 64th in the 2020 Shriners Hospitals for Children Open on the PGA Tour, won a two-man playoff that lasted three holes on Friday to be exempt for at least the first half of the 2021 PGA Tour Canada schedule. The winner of the event, Jeffrey Kang, is fully exempt for the entire season, while the second through sixth finishers gained a half-season exemption. Meanwhile, the seventh through 25th finishers and ties landed conditional status for 2021.

Cannon, who like Markham shared second place after three rounds, struggled to a final-round 75 after carding 72-69-71 the first three days. The 2019 New Mexico Open winner checked in at 287 after a bogey on 13, triple bogey on 14 and double bogey on 16 on Friday.

Among those falling short of earning PGA Tour Canada Q-school status this week was AJ Ott of Fort Collins, the CSU golfer who won his first two college tournaments of the 2021 season. He finished 33rd at 295 (76-74-73-72).

This is the fourth of seven PGA Tour Canada Q-school tournaments scheduled in 2021. Earlier this month, Dan Erickson, a Texas A&M golfer whose family moved to Loveland in 2018, earned conditional status on PGA Tour Canada by tying for 13th in a Q-school event in Alabama.

The schedule for the 2021 PGA Tour Canada season hasn’t yet been announced.

Here are the scores of the players with strong Colorado ties this week in PGA Tour Canada Q-school:

For all the scores from San Jacinto, CLICK HERE.