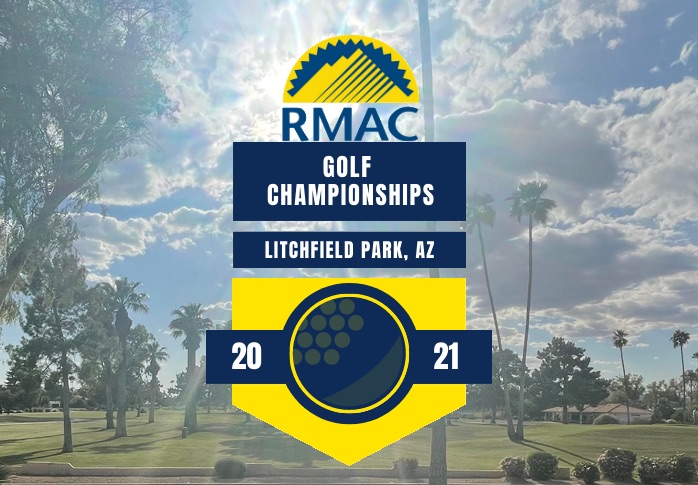 The CSU-Pueblo men, who last won the RMAC championship team crown in 2011, ended the Colorado School of Mines’ streak of RMAC titles at two. The Thunderwolves, No. 23 in the nation’s NCAA Division II ranks, cruised to a 16-shot victory in the 54-hole event, finishing at 10 over par overall. Fort Lewis was the runner-up.

Ni was the only player to end up under par for 54 holes as he went 70-71-72 for a 3-under 213 total. Sharing second place at 218 were Jamie Roberts of CSU-Pueblo and Darren Edwards of Fort Lewis.

Shimkus closed with a 4-under-par 67 — the only round in the 60s in the women’s championship — to rally for the individual title. After scores of 79-75 on Sunday and Monday, she finished at 8-over-par 221, good for a four-stroke victory over Faith Kilgore of Colorado Christian. Shimkus carded seven birdies on Tuesday.

These were the first RMAC Golf Championships since 2019 as the 2020 tournaments were canceled due to Covid-19 safety concerns.

For the final scores from the RMAC Championships, click on the following: MEN, WOMEN.

(April 23 Update on NCAA Regional Qualifying: The NCAA announced its men’s Division II super regional selections on Friday, and two Colorado-based teams and two local individuals not on those team will advance. RMAC champion CSU-Pueblo is seeded No. 2 in the South Central, which will join the teams from the West in competing May 6-8 in the super regional in Dupont, Wash. Colorado Mesa is seeded No. 7 in the South Central.

Competing individually from Colorado-based schools in Dupont will be Collin Bordeaux of Regis and Darren Edwards of Fort Lewis.

The top four teams and the top individual not on one of those teams from each super regional will advance to the NCAA DII finals, set for May 17-21 in Palm Beach Gardens, Florida.