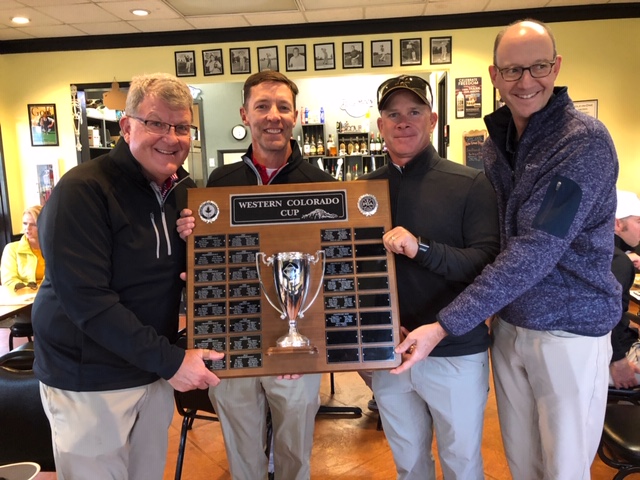 Three days after CGA amateurs defeated Colorado PGA professionals in the Colorado Cup Matches at The Broadmoor, the pros earned a measure of revenge on Saturday at Bookcliff Country Club in Grand Junction.

Thanks to a very strong performance in foursomes matches,  the Colorado PGA beat the CGA in the Western Colorado Cup Matches, 9.5-6.5.

With the competition featuring three nine-hole sessions — four-ball, foursomes and singles — the alternate shot proved to be the difference. The teams tied in both the four-ball and singles, but the pros outscored the amateurs 3.5-0.5 in foursomes.

Winning all three of their matches on Saturday were professionals Doug Rohrbaugh and Jim Cook. Four-time CGA Mid-Amateur champion Keith Humerickhouse had the best record of the amateurs, going 2-0-1.

This week marked the 23rd edition of the Western Colorado Cup Matches, with the Colorado PGA now leading the series 13-10. Mike and Terri Knode created the event, and Frank Wilkinson, a member of the CGA board of directors, serves as the chairman of the competition.

Proceeds from the matches benefit the Western Colorado Golf Foundation, which provides college scholarships to junior golfers based in western Colorado.