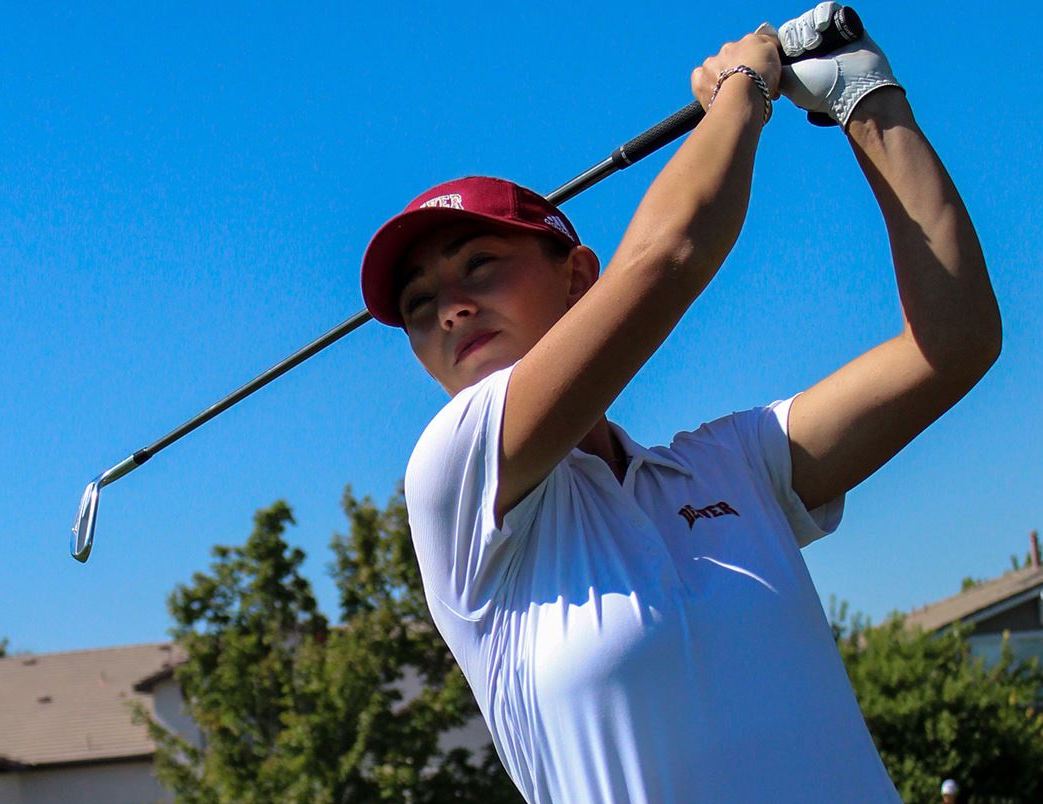 The University of Denver women claimed a team title for the first time in almost two years on Monday as they prevailed at the Branch Law Firm/Dick McGuire Invitational in Albuquerque, N.M.

The Pioneers, who were tied for the lead through Sunday’s first two rounds, pulled away on Tuesday for a three-stroke victory in the 11-school tournament.

It was the Pioneers’ first team victory since the 2019 Summit League Championship, held in late April.

This time, redshirt senior Camille Enright led the way for DU, finishing a career-best second individually after leading for much of the day on Monday. The product of Plano, Texas went 71-68-72 for a 5-under-par 211 total, finishing three strokes behind champion Carly Strole of Grand Canyon.

Also notching a top-10 individual finish for DU on Monday was Caroline Jordaan, the former Colorado Junior Match Play and state high school champion who was making her college tournament debut. Jordaan, competing as an individual in New Mexico, carded rounds of 74-72-71 to tie for eighth place out of the 66-player field at 1-over 217. She played her final 10 holes in 3 under par.

Likewise sharing eighth place at 217 for Denver was junior Alyson Bean, who closed with a 72.

Lauren Lehigh of Loveland, a former Junior Golf Alliance of Colorado Girls Player of the Year, ended up 18th individually for host New Mexico. She went 73-73-73 for a 3-over-par 219 total.

For all the scores from the the Dick McGuire Invitational, CLICK HERE.