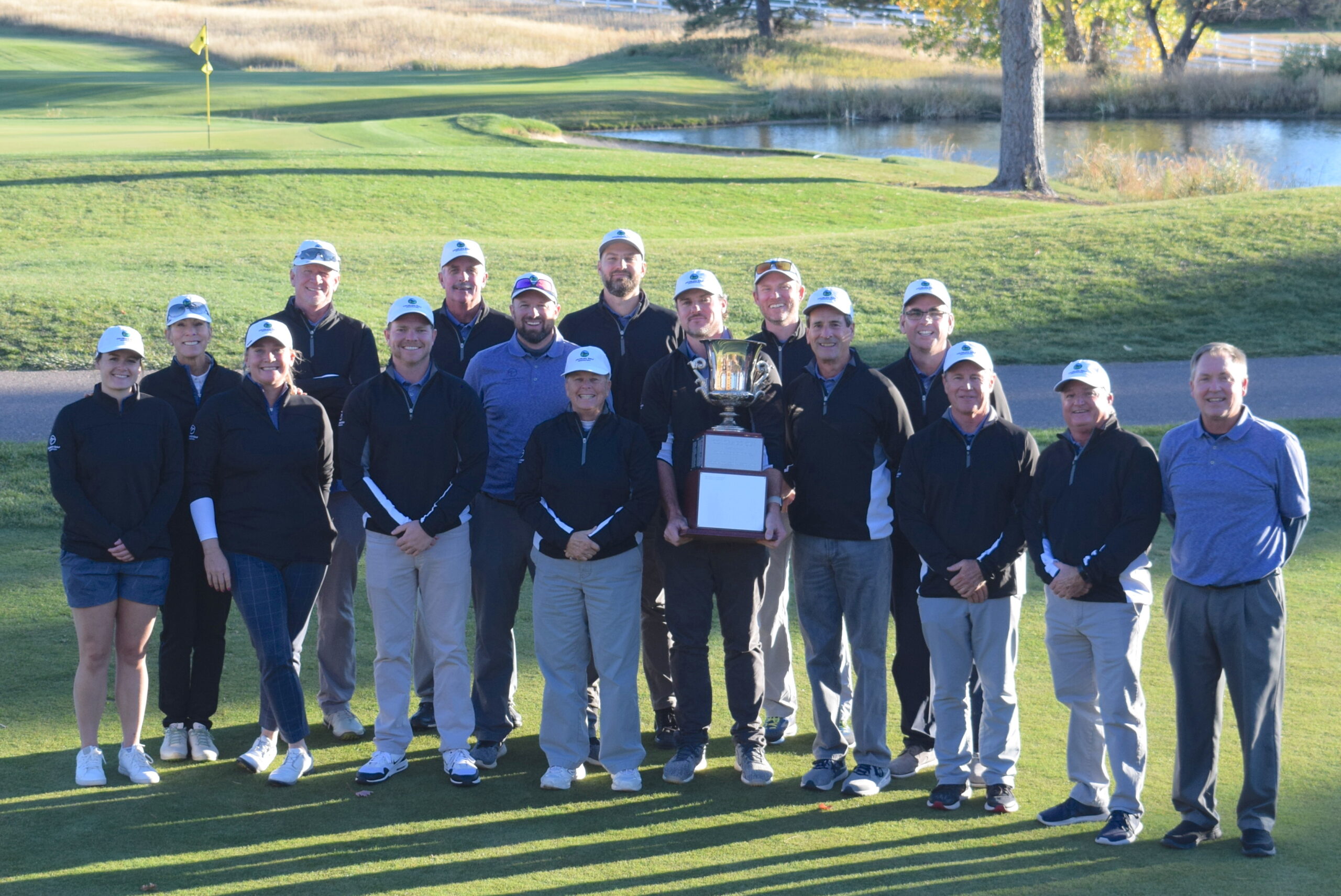 Fifty years after the Colorado Cup matches were held for the first time, the latest edition was conducted on Wednesday at The Pinery Country Club in Parker.

And if there was any doubt how much some of the participants enjoy competing in the event, just check in with Erin Houtsma, who has played in the last two Colorado Cups after getting her amateur status back.

“I took a day off of work (for this),” the former Colorado Women’s Open champion said. “I love playing in stuff like this. This is part of the reason I got my amateur status back (after being a pro) — to do fun things like this.

“I love playing in it. I love the event and the different formats. You never get to play in stuff like this.”

And it doesn’t hurt when you come out on the winning side in the biennial match-play competition, like Houtsma did on Wednesday. A group of 20 of the best amateurs in the state — representing the CGA — narrowly defeated 20 top pros from the Colorado PGA, 21.5 points to 18.5.

It marked the amateurs’ second straight victory in the event, which debuted in 1971.

“It’s always fun, especially after watching the Ryder Cup (last month). It feels like this is our Ryder Cup,” said 2015 CGA Match Play champ Nick Nosewicz, an amateur who won all three of his matches on Wednesday and who has a grandfather and an uncle who have also played in the Colorado Cup.

“It doesn’t feel like an exhibition; it feels like a major to me. It sucks to lose, so you want to beat them. I was on that losing team (in 2017 at The Broadmoor). You want that trophy. You want to pick it up and hold it and bring it back and make sure your name is on there. You leave an impact. Twenty years from now, my name will be on that sheet (of past winners). So I think there’s a lot of pride” in that.

While many of the pros and amateurs know one another and are on a friendly basis, there are some bragging rights on the line at the Colorado Cup.

“It’s definitely competitive, but that’s fun. It’s fun to get out to go play” and compete, said amateur Charlie Soule, who also won all three of his matches on Wednesday, two with Nosewicz as a partner.

“I think it’s both bragging rights and fun,” Houtsma said of the Colorado Cup.

Whatever the case, Wednesday produced the closest outcome since the matches went to a single overall champion — rather than separate open division, senior division and women’s division winners.

“You want to win, but it’s also a great opportunity to play with a lot of guys that you don’t know,” said Colorado PGA pro Doug Rohrbaugh, who won two of his three matches on Wednesday. “It’s always a fun day. It’s a little different (than a typical competition). It’s more just on pride.

“It’s a nice day and good camaraderie, but obviously there’s always disappointment (in losing). But I always look forward to playing it. I’m actually going to play in the West Chapter (version) on Saturday.”

A total of four individuals went 3-0 in their matches on Wednesday. Joining amateurs Nosewicz and Soule were pros Mike Weingartner and Tyler Parsloe.

Among those who went 2-1 for the CGA at The Pinery were Chris Thayer, Ryan Burke and Tyler Bishop, who, along with Soule, all recently have qualified for the 2022 U.S. Amateur Four-Ball Championship. And Burke and his father also just won the CGA Parent-Child title. Meanwhile, in Thayer’s singles match, he defeated Colorado PGA Player of the Year Geoff Keffer, 2 and 1.

In the case of Houtsma, she won two of her three matches after not touching a club since losing in the round of 64 at the U.S. Women’s Mid-Amateur on Sept. 27.

“So it felt a little foreign (playing early in the day on Wednesday),” she said. “‘How do you do this again?’ It was weird getting the feel of it, but it got better and I hit some really good shots and played pretty solidly.”

As for Nosewicz, not only did he greatly contribute to the amateurs’ victory on Wednesday, he did so at a course where he has very fond memories from back in the day.

“The Pinery is the first place I ever broke 40” for nine holes, he said. “It was a junior event and I think I was 11 years old and took third place.”

This time around, he also played well, but there was no settling for third place.

This one, “You get a uniform. It’s the end of the year, the last event. And, gosh, do you want to win it more than anything,” Nosewicz added.

In that regard, it was mission accomplished on Wednesday both for Nosewicz and the CGA amateur team as a whole.

For the record, when there were separate competitions at the Colorado Cup, the Colorado PGA professionals led the all-time series in the open division, 30-14 with two draws. The CGA’s amateurs led the senior fivision series 16-15, with three draws. And the CWGA’s amateurs won all 11 Colorado Cup Matches in which they competed against the pros.

At The Pinery CC’s Mountain Course

For more on the outcome of past Colorado Cup matches, visit the CGA results archive section by CLICKING HERE.