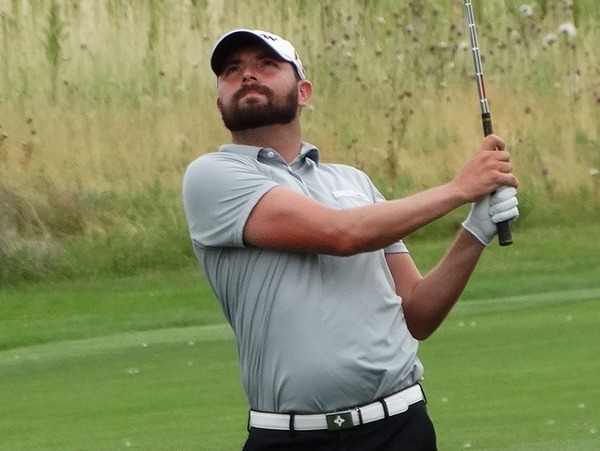 With the departure, as assistant coach, of one of the University of Colorado’s top men’s golfers during the 21st century, another player who falls into that category will fill the void.

CU head coach Roy Edwards announced Tuesday that former Buff standout Derek Tolan, a two-time winner of the CoBank Colorado Open, will serve as men’s golf interim assistant coach during the spring semester. Tolan, 34, will be succeeding one of his former CU teammates, Pat Grady, who resigned last month to focus on his private accounting business (though he will be a volunteer assistant for the Buffs in the fall).

Edwards said he’ll be hiring a full-time assistant at the end of the spring season. Tolan indicated Tuesday he’s not sure at this point if he’ll be in the running for the full-time position, but he has interest.

Tolan, the 2005 CGA Les Fowler Player of the Year, has been one of Colorado’s top golfers for more than 15 years. In 2002, he garnered national headlines by qualifying for the U.S. Open as a 16-year-old, even before winning the 5A individual state high school title in 2003. All told in 2002, Tolan competed in the U.S. Open, U.S. Amateur, U.S. Amateur Public Links and the U.S. Junior Amateur.

And during a pro career that’s lasted more than a decade, Tolan won the Colorado Open in 2009 and ’12 and played in four PGA Tour events — in addition to the 2002 U.S. Open as an amateur.

“It means everything in the world to me to be part of CU again, not just the golf program but the university and athletic department as a whole,” Tolan, a longtime Highlands Ranch resident, said in a CU press release.  “I was recruited by Mark Simpson as a player and played for Roy Edwards for three years, so this is a unique opportunity to be able to continue the values of both of them, but also to be able to apply my knowledge as well. I’ve been in the ring for decades now and have successes and failures at all levels.  It’s important for me to apply that knowledge to the players at CU, and feel so fortunate to have this opportunity.”